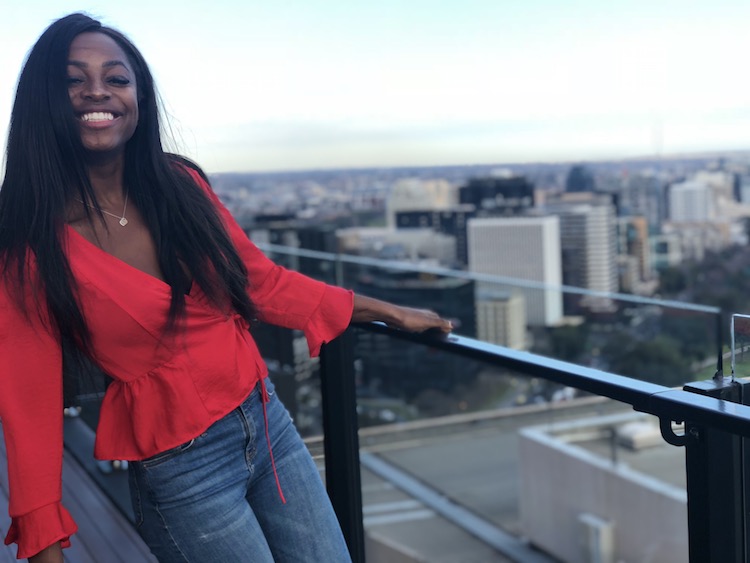 Disclaimer: I’m fully aware that we’re already two months into the year and I’m only just now sharing my travel plans for 2019. Forgive me.

As the year speeds on sadly, it’s time for a chapter of my life to come to an end/8 month pause. This month after over two years of living in the upside down, fondly known to the locals as Australia, my visa will come to an end.

I’ve had some great, life-changing experiences here so I know it’s going to be a difficult goodbye. Although when are they ever easy, right? Anyway, I digress. To mask the sadness I’ve decided to go full swing ahead into my travel plans for 2019 and OF COURSE, I’ll be bringing you guys along for the ride.

We’ll start with the travel I’ve got locked in (i.e. – flights paid, money gone, bank balance reeling) and then I’ll let you know places I hope to explore too.

First off, seeing as it’s a mere hop, skip and a jump away from Melbourne I will be heading over New Zealand! Something funny that’s come from living on the other side of the world is how much my concept of time has changed. After flying over 24 hours to get to Australia the 4-hour flight feels like nothing short of a gift.

I’m going to be working with an incredible company in New Zealand to bring you the highlights of the south island. Having never really done the ‘backpacker thing’ in Australia I’m looking forward to going back to my roots, only this time with a suitcase in tow ya girl is three years older now and her shoulders are a mess.

After New Zealand, I’m going back to Hawaii. When I visited earlier this year over New Years I knew it was somewhere I’d like to go back to in the future though I never imagined I’d be going back so soon! As it turns out it was never in my plans but it’s cheaper for me to spend three days in Hawaii even including accommodation and tours that I’ll be going on while I’m there.

This is why I totally nerd out on booking flights, and as far as addictions go I think it’s a pretty good one to have. I found this deal using Skyscanner’s multi-flight function and you guys, my life has been changed. Using that tool I saved $1000 and added in an extra stop too. If you’ve got some time to play with and want to see more of the world  I highly recommend using it.

Last time around we spent the majority of our time in Maui, which is pretty chilled and a great place to relax. This time I’m going to be mainly based in Oahu, which is a much bigger island, so I’m hoping to get a good balance of city and island life.

Next up is LA. I initially planned to fly straight there from Queenstown before discovering it was cheaper to include the layover. I have to say I’m pretty excited about this one. Although Hawaii is technically in the states it feels like worlds away.

I’m already dreaming of all the Mexican food I’m gonna eat in California so you better believe I’m hitting it extra hard at the gym right now in preparation. I’ve been to LA once before in 2014 when I was working in San Diego for three months but it was a pretty rushed trip. This time I’m hoping to venture over to Malibu as I’ve heard *awesome* things about the wine safari there.

I also wanna check out some of the more *out there* museums (museum of death I’m looking at you) and I’ve got my fingers crossed for getting to see the live taping of a show. Ellen, I’m coming darling…

Hey big guy! 😍🦒 There is one true happiness in life, to love and be loved. ❤️ We love you Stan. ✨ 🙌🏻#malibuwinesafari #stantheman #lovenote #discoverla

The whole purpose of the USA trip initially was to catch up with one of my friends living over in Santa Barbara and this whole thing has just eh massively SNOWBALLED. She’s the worst influence on me because anytime she invites me anywhere with those gorgeous big blue eyes and Swedish tones I can’t say no.

Hence drunk booking New Year in Hawaii last year annnnnd the basis of this trip. Santa Barbara was another place I visited when I was living in San Diego, but we pretty much just went to the pier and cooed over a real-life frat house LOL. So yay to being shown around by a local this time.

I’ll be going to Vegas with my friend Kajsa and her friends from uni. Can you believe I’m 25 and have never been on a group girls trip? But hey, what better place to do it than Vegas? Some people find Vegas seedy and tacky, but me? I think you just have to take it as it comes and what can I say? I’m a sucker for gluttony and bright lights.

Okay now we’re heading into dun dun dun… unbooked territory. Mexico was never really in my travel plans to begin with (lol neither were half the places I’m going, oh well) but flights from Vegas are only £60 so it seems like it would be rude not to? Right? RIGHT?

I’ve got a friend living out there at the moment who I’m always desperate to catch up with. So I’m hopeful the stars will align to make this trip a reality. Also… Mexican food. Last time I went to Mexico we stayed at this cute, but run down hostel and one of the craziest weekends of my life ensued. Now that I’m a little older and wiser I’d like to go back and DO IT ALL AGAIN. Woo spring break.

After gallivanting around the world it’s back to the UK for my best friend’s wedding. My first ever wedding AND I’ll be Maid of DIShonor. We’ve been planning her wedding since we were kids to grow up and actually have it happen almost feels like I’m getting married myself. After that just spending some time catching up with my friends and family (it’s been a while) Again no transport booked, but Rowan if you’re reading this I will be there!

Remember how I said anytime my friend Kajsa asks me to come somewhere I usually cave?

Midsummer is the biggest day of the year for most families in Sweden and it’s this huge colourful celebration of the lightest day of the year spent drinking and laughing in the sun. Celebrations in foreign countries really say a lot about the culture there so it’s something I’d really love to experience.

Berlin has been on my list for quite a while now. Having been told it’s like an artier version of Melbourne only makes me want to visit more. Seeing as I’ll be back in the UK and it will be pretty close I think it will be the perfect opportunity to visit, even if I have to go alone. I’ve learned over the years that if you wait for friends to go with you, you could end up not going at all so we’ll see what happens with this one.

One of the most beautiful historical buildings of Berlin, Amtsgericht Mitte @soebart 🙏

One of my best friends from Australia is staying there over summer so my fingers are crossed for getting to spend some time with him. I’m pretty much in my prime right now in terms of lifestyle and freedom (a.k.a – soon to be homeless) so I really just want to experience everything while I can. Also, nobody has a bad weekend in Ibiza. Fact.

Funnily enough, Thailand was my first ever stop on my solo travels. It was there I learned that I was truly capable of going it alone.

After spending summer in the UK, I’m planning on heading over to Chiang Mai and embracing the digital nomad life for a while. I want to set up a base there for a few months and just get super stuck into my blog and my freelance social media business. Right now both are bringing me a lot of joy and I don’t want to get sucked into the trap of working a job I hate just to be *shudders* comfortable.

Christmas has never been one of my favourite holidays to celebrate but there’s something about having an orphan Christmas with your friends that takes the edge off of all those festive expectations. I’ll be heading back to Melbourne for Christmas (yay!) and then we’ll see where to next!

I truly believe travel is a joy and a delight. There isn’t a day that goes by where I don’t just feel this immense gratitude to have the life I have, the passport I have and even to have been through the lowest lows and still have this burning desire to have and be more.

But I wanna get real transparent with you travelling all the time is not super glamorous and there are sacrifices to be made in relationships and ‘setting down roots’. It’s definitely a different way of living and unfortunately, sometimes not everyone is on board with it. Struggling with chronic illness and anxiety also adds an extra layer of complication.

At the end of the day though it comes down to pursuing what’s in your heart and following that little voice at the back of your head to the ends of the earth if you have to. Because I promise you there is nothing worse than looking back on your life and realising that none of the dreams you were pursuing were your own.

So whatever it is that lights a fire under your ass whether it’s a girl, guy, job or place I say just throw your bra to the wind and go for it.

Want to follow along with my adventures for 2019? Come join the party on Instagram, we have cupcakes (virtual ones).

What about you guys? What are your travel plans for 2019? Where would you like to go?