My Time At Bestival

So as you know last week I went off to the Isle of Wight to volunteer with Oxfam as a steward at Bestival and the plan was to go home to Aberdeen the following week. Although I left before the festival was
in full swing I did manage to complete one of my shifts, see a few acts and
spent three nights on site. This is just a little bit of information about the
time I did spend there, if you’re interested in going to Bestival or working for
Oxfam in the future, based on my very short lived experience.

First up the journey to Bestival depending
on where your coming from is somewhat of a small mission. I was going from
Sheffield and stopped over in London first then got a tube, train, ferry, taxi
AND walked some of the way too. If you share a taxi, as we did, with other
festivalgoers it works out a bit cheaper and so does booking all your train
tickets in advance.

During the journey down I was very hungover due to some heavy drinking with my friend Kiva and Zoe and her boyfriend the night before so the first part of the journey is somewhat of a sick-y blur. Although I would say finding your way there is relatively easy if you have a vague idea of where you’re going beforehand.

As I hadn’t managed to make any of the
training sessions before the festival (and it is compulsory for every Oxfam
steward to be trained) I attended on site training. This lasted three hours and
covered keeping yourself and others around you safe and emergency procedures.
Although there were some interesting things covered I found that it dragged on
a little and towards the end, especially as I hadn’t eaten properly since lunchtime
the day before, my concentration was pretty much gone. On the up side you only
need to be trained once every three years!

Everyone at Oxfam and also the rest of the
festival staff were incredibly friendly and I can’t stress that enough. On the
way to the festival we shared a taxi with three other people who were heading
to the site for training also. One girl in particular named Aija, who went to
the festival on her own, was lovely and we spent a lot of time together and
hope to meet up in London some time soon! 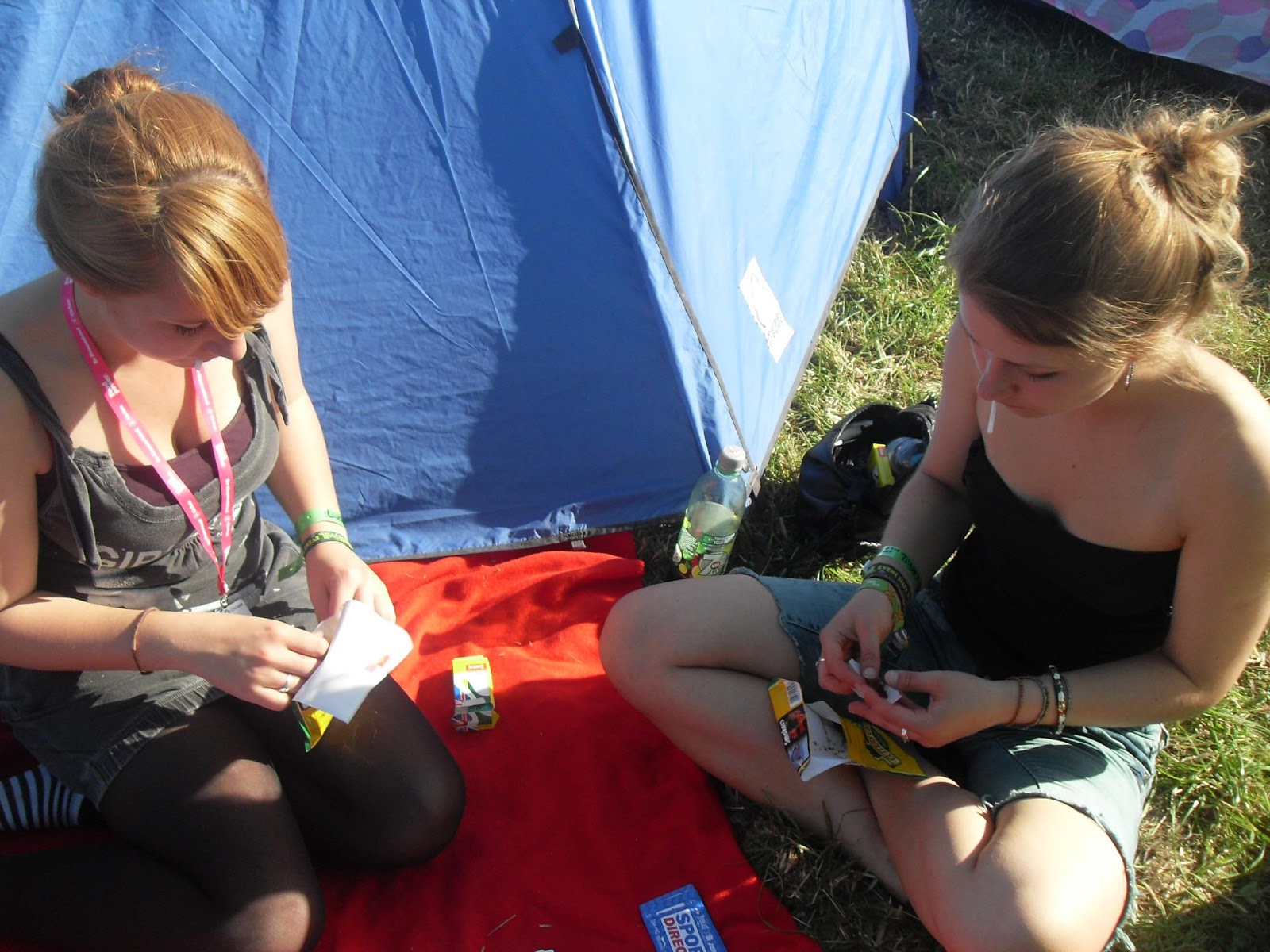 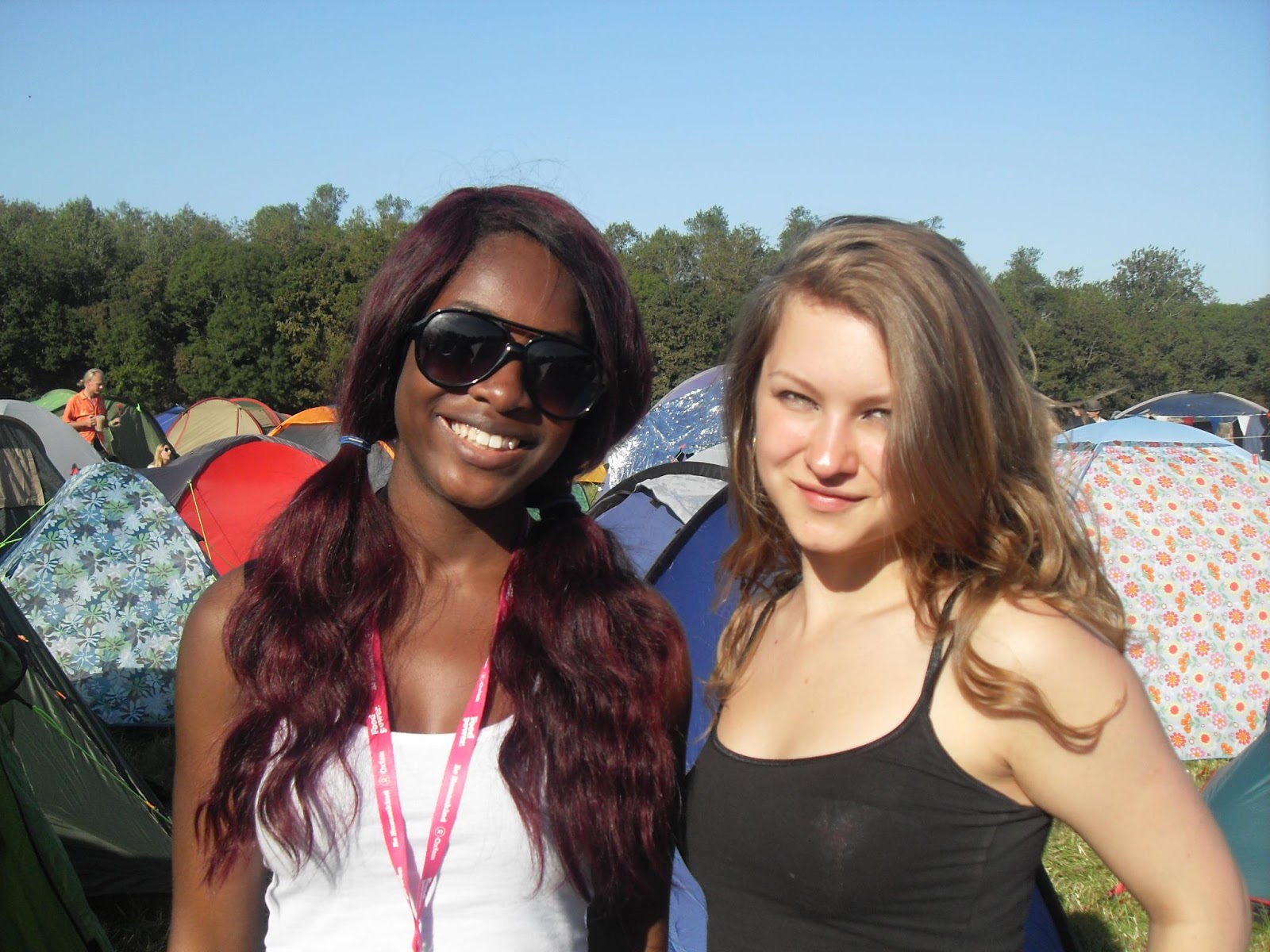 So if you work for Oxfam at a festival you are expected to do three shifts one of which is a night shift. To make sure you turn up you also have to put down a £195 deposit. You should note – the deposit won’t be returned if you miss shifts or go AWOL. In exchange for your work you get free entry to the festival, free showers, free tea and coffee, semi secure camping, priority spaces for working at other festivals and three meal tickets to be used at the onsite caterer.

Before I went I had no idea what the role
of a steward really involved and it varies depending on where exactly you’re
working. For my role, basically, I just had to answer a lot of questions as to
where things were, how to get there and just general advice. This is where
festival knowledge comes in extremely handy. When I started my shift I had
literally no idea where anything was, but by the end of it I knew the site like
the back of my hand.

Working at a festival is a completely
different experience from just attending one I can’t emphasize this enough. If
you are just working at a festival because you think ‘Ooh free ticket!’ you
will be in for a bit of a shock. If you do go and work at a festival, for any
company not just Oxfam, it is just not worth it if there is an act you are
dying to see. Chances are you might be working at the same time as your
favourite act and that’s probably worse than not going to the festival at all!

Bestival is the second festival I have
worked at and to be honest I can’t see myself doing it again. This is nothing
to do with Oxfam or Bestival it is just my personal preference. I want the
freedom to go anywhere and see anyone. If you’ve just been working an
eight-hour shift, unless you’re on some really good drugs or a ton of coffee,
all you want to do is go back to bed and that’s not what festivals are about
for me.

Unfortunately I had contracted some illness from my boyfriend just days before I headed off to Bestival and it decided to kick in on my first night. By Friday I just couldn’t take anymore I needed a real bed, a real sleep and some proper meals.

I had been in two minds since I got there but speaking to some friends back home, especially my great friend, almost sister – Charlotte who told me to stop being silly and just come home, made me certain of what I had to do. And I’m glad she did because I was just miserable.

On the Friday morning I spoke to a deputy manager from Oxfam and he was absolutely lovely and arranged for my Zoe and I to be driven to the main entrance after lunch – and if you’ve been to Bestival before you will know how grateful I was for this lift as the main site is miles from the actual entrance!

On the ferry back to London, I have to be honest, I felt so happy and glad to be leaving. I’m usually a festival maniac but for whatever reasons I really wasn’t feeling it at Bestival.

Anyway that’s a basic summary of my time
there and if you have any questions don’t hesitate to ask!

Here are some of mine for you: How do you
feel working at a festival compares with attending it? And have you been to
Bestival before? What did you think?