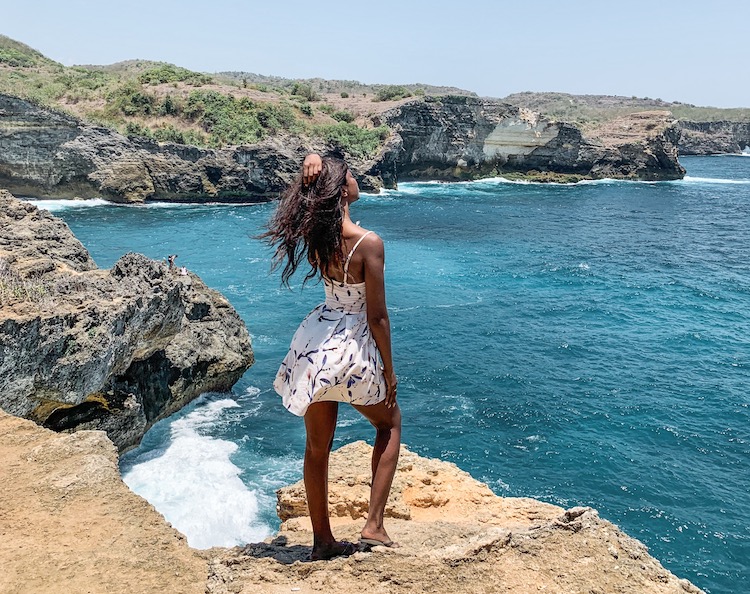 In the three years, I’ve been travelling solo I’ve come across my fair share of solo travel myths. And while I remain undeterred I know that to the new or aspiring solo traveller they can seem, well, pretty fucking daunting.

Wondering how you decipher what’s true or false? I’m sharing my take on 9 solo travel myths below. 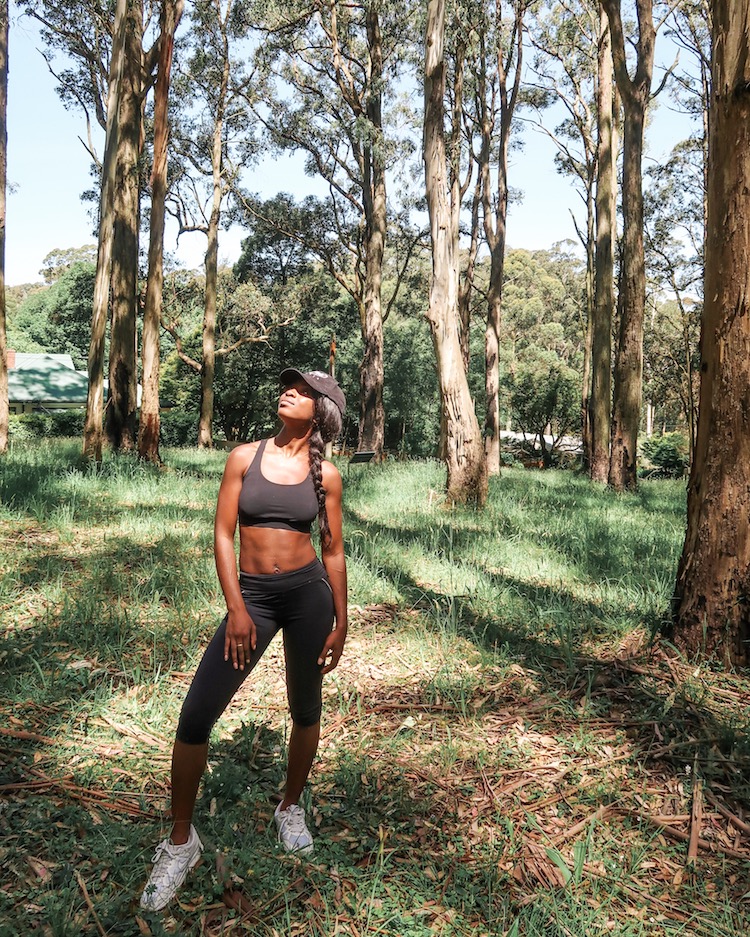 The age-old question “is solo travel safe?” So I’m not going to sit here and tell you solo travel isn’t dangerous. Because it is.  As is leaving the house and crossing the road, or catching a bus that goes off course. Every day in life we experience multiple near-death experiences, but they become so normalised that we no longer view them as imminent threats to our safety. If we avoided everything that showed a hint of danger then we’d spend our lives trapped indoors, swaddled in bubble wrap, too scared to ever step outside.

What I find problematic about the ‘female solo travel is dangerous’ narrative is that: one it excludes existing danger we’re exposed to every day. And two: that it perpetuates the idea that women are fragile beings who are incapable of doing anything without protection. Just recently a young British woman, Amelia Bambridge, sadly lost her life while travelling in Cambodia. During the search for her (when she was considered to be missing) keyboard warriors on social media were quick to comment with statements including:

These were just a few of hundreds saying similar or worse. But the truth is Amelia was not abducted or murdered – no one was at fault. She drowned in a horrible, terrible accident – but it was just that – an accident.

Of course, I’m not saying grab your backpack and rock up to a war-torn country, but to use your intuition and common sense to the best of your ability. Before you go – create contingency plans for getting out of uncomfortable situations and have one or multiple people who you’ll agree to update on where you are.

The question you should be asking isn’t “is solo travel safe?” but “how can I solo travel safely?” and “what resources do I have or can I get that will maximise my safety?”. 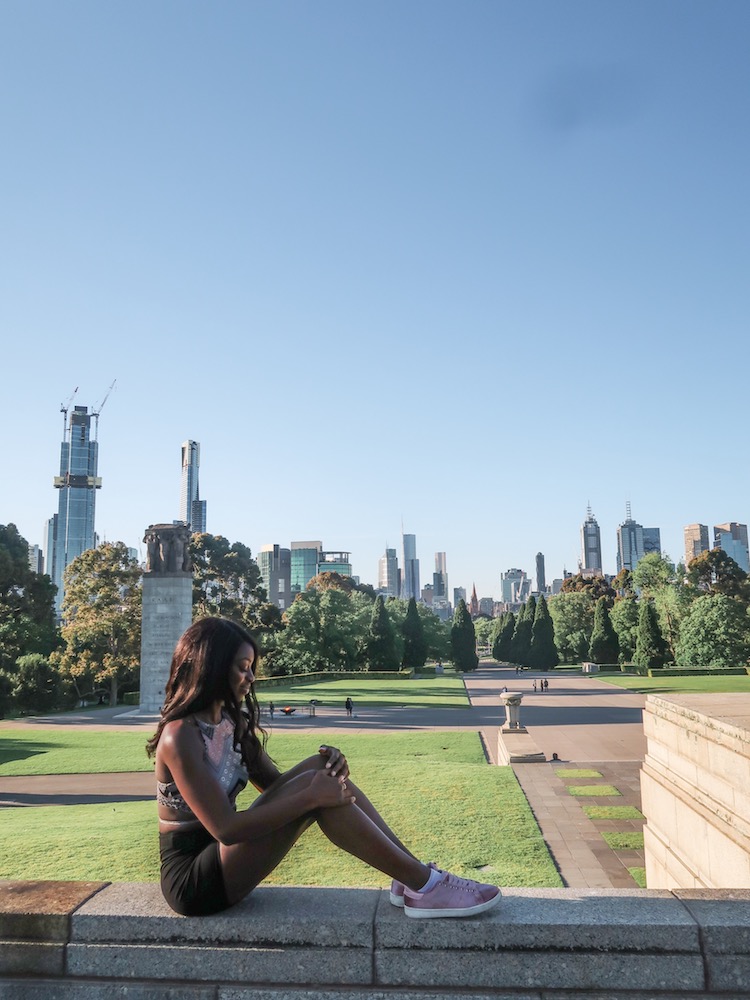 I have absolutely had days where I’ve had to pick myself up off the floor and where I’ve wanted to go home.

Particularly when you’ve been travelling long-term there are *moments* when life can be less than the idyllic beach days you see on Instagram. But no one wants to see the pictures of your eyes puffy from a morning of tears and honestly… I wouldn’t want to share them either.

Unfortunately, travel is not a vacuum where you are protected from the bullshit of everyday life. Going through a break up is hard. Getting sick is hard. Watching your friends’ lives continue without you is hard.

Another challenge is that when it comes to expressing this people can turn around and brand you as ungrateful or undeserving. How can you be cooped up in bed when you should be out exploring? Don’t you know you’re getting to experience a life some people may only ever dream of? Trust me I’m aware of how it sounds.

But I’m sharing my truth with you because I want you to know that if you’re ever in this situation I have been there and I understand. These days I have way fewer meltdowns than when I first started travelling but, yeah, I won’t lie and say I don’t have my down days. The trick is to really master your bounce-back time so it’s a bad few hours or bad day, not a bad trip.

Solo travel myth #3 – being alone is a bad thing 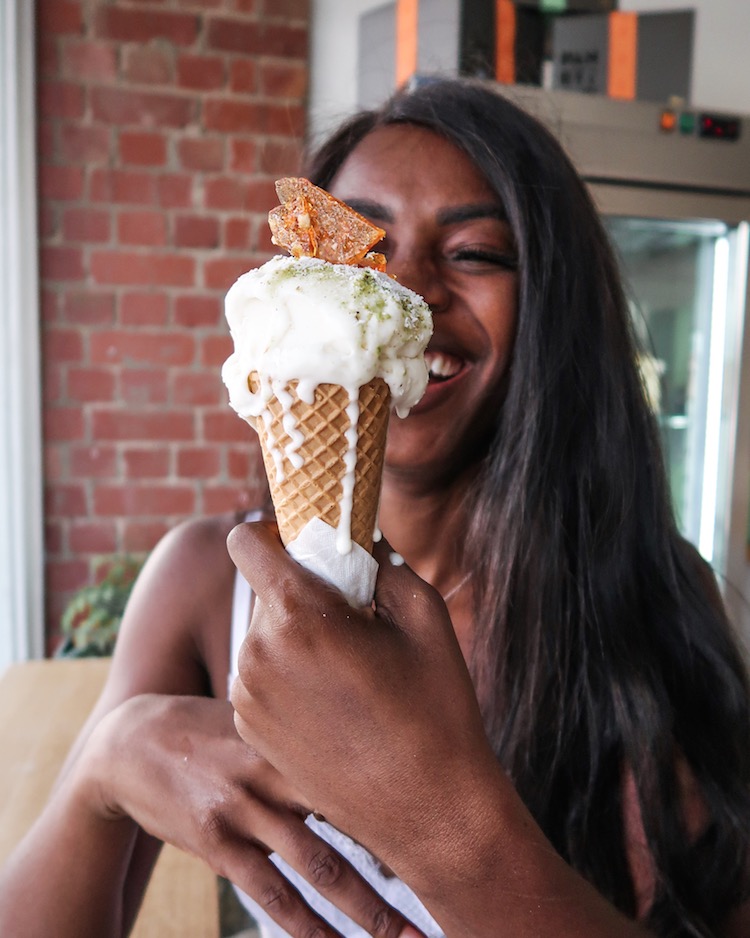 I talk about loneliness while travelling a lot in this post that outlines why it’s important to spend time alone on your solo trip. And don’t want to say I found myself in Bali but… on my last trip, I had this incredibly powerful moment of realisation.

The time you spend alone on your solo trip is a gift. Because for one of the first times, perhaps in your life, you have no one to be accountable to and nowhere to be. Use this as a learning opportunity and get to know yourself. Fall madly, truly in love with the person you’re becoming who deep down is who you’ve always been.

Solo travel myth #4 – you will be hopelessly lonely 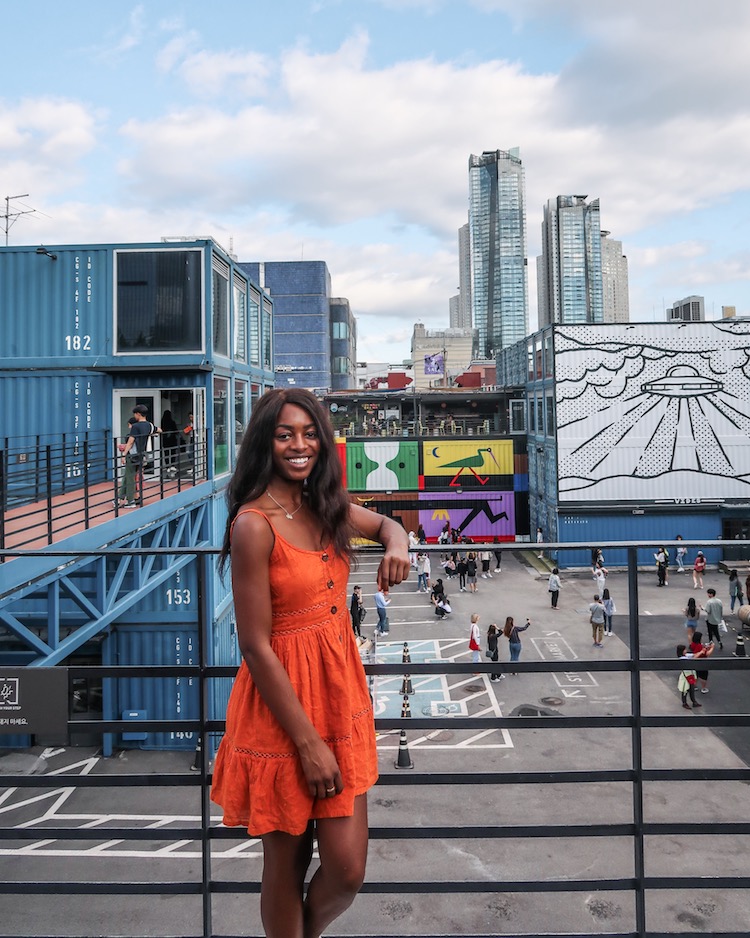 Although I think you should absolutely embrace some time alone on your solo trip, I’ve yet to go on a trip where I’ve spent the entire time alone. As weird as it sounds you’d be surprised how solo travel actually has the opposite effect and brings people together.

Especially if you choose to stay at a hostel, you literally could not escape from other people even if you wanted to. I’ve made some of my best friends on solo trips and the opportunity to meet new people is one of the reasons I even travel alone in the first place! 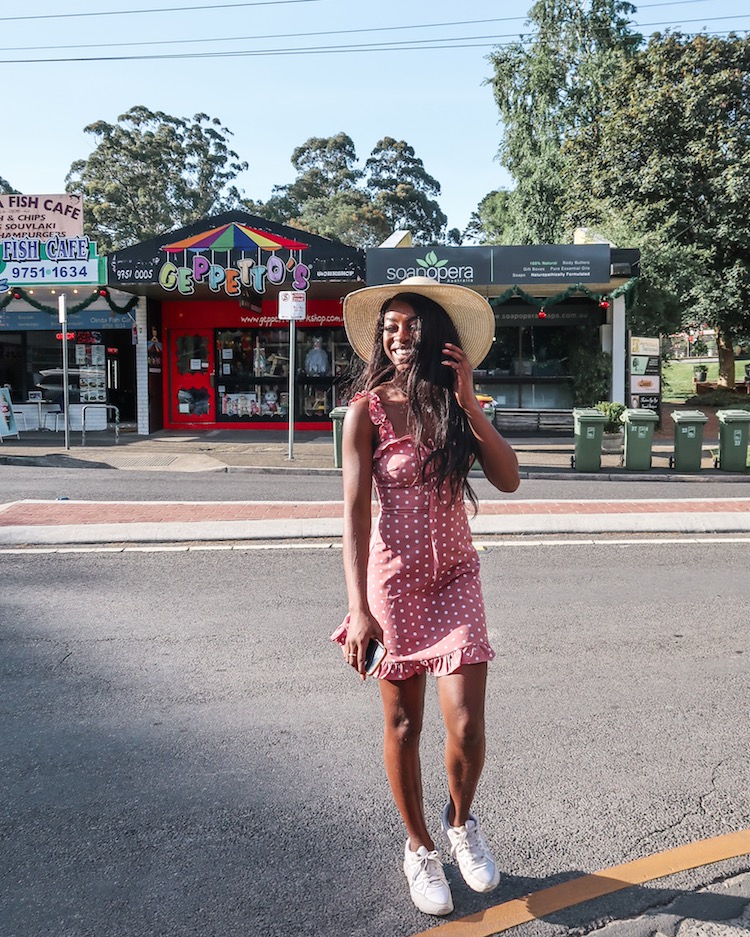 I recently saw a post on Instagram that made me laugh. In response to a question sticker, she’d replied something along the lines of “no hahaha I’m not a loner I’m travelling with my friends”. Solo travel is not just reserved for loners and rejects – solo travel is for anyone.

What first led to me travelling solo was a friend dropping out at the last minute, but since then I’ve gone on numerous solo trips for no reason other than because I wanted to.

For many people, solo travel is kind of forced on them because schedules don’t line up or friends can’t afford it and that’s a great reason to go alone. But it’s equally fine to just want to travel solo because you enjoy your own company and the freedom of not having to compromise on what you want to do. 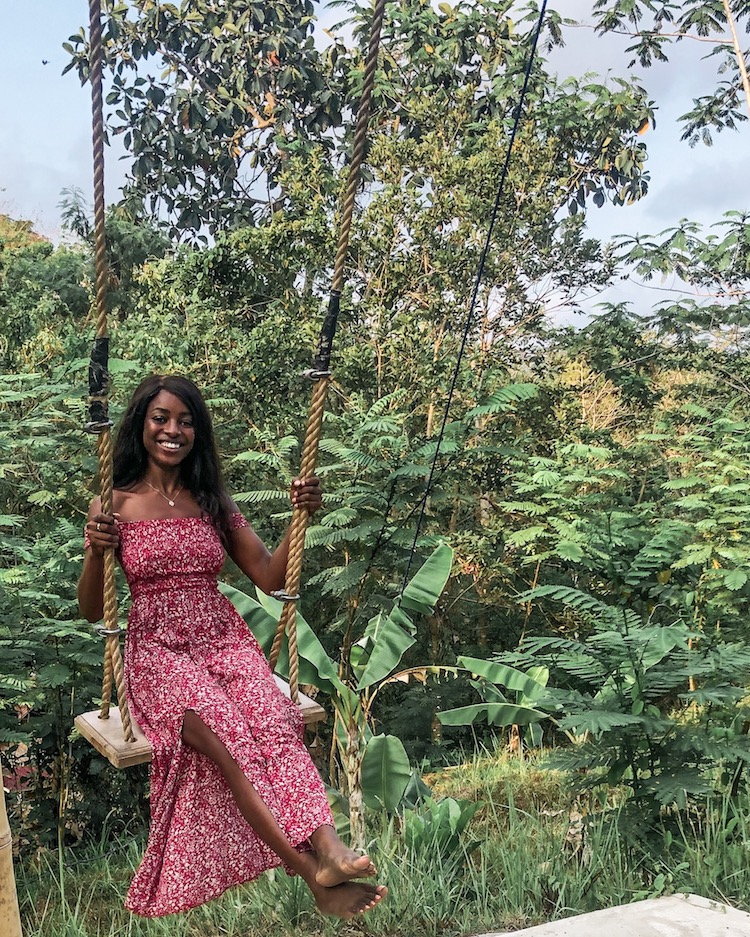 For the duration of my last relationship, I went on a number of solo trips. Of course, there were times when I wished they were with me, but we travelled a lot together too! If your partner doesn’t want you to travel solo or doesn’t allow you to go alone you need to have a serious conversation about why that is.

Personally, I couldn’t be with someone who didn’t respect my choices and my lifestyle. Eventually, I’d begin to resent them for it. 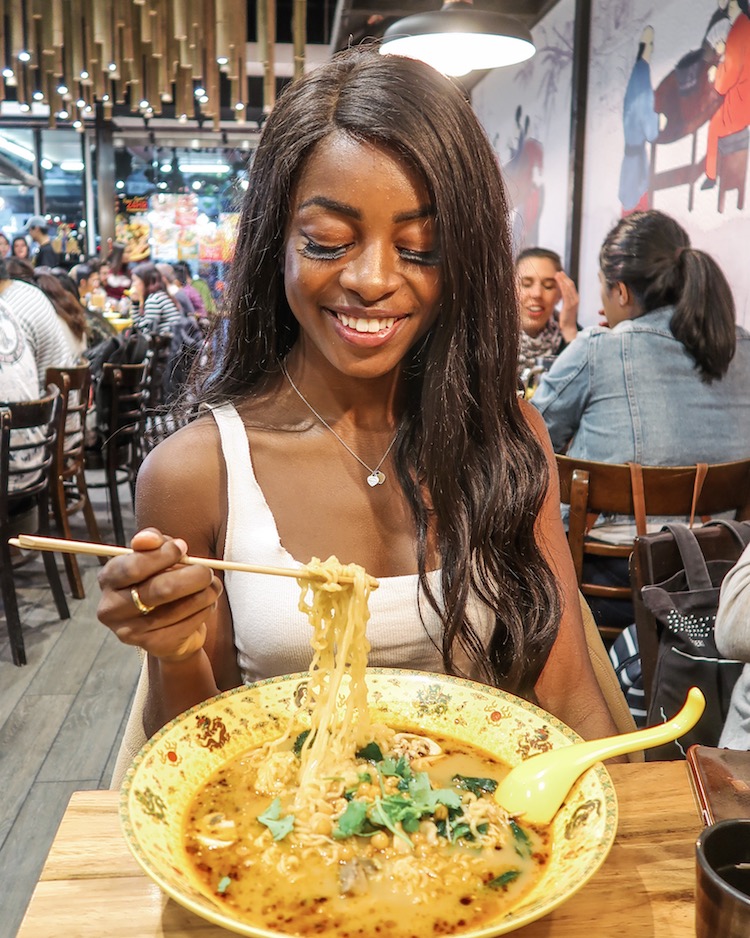 For some areas it is inevitably going to be more expensive: an airport taxi halved is always going to be cheaper. However, just because you’re a group of one doesn’t mean you can’t then find other people to share costs with on group tours, excursions etc. I’ve also negotiated on hotel room prices a couple of times too.

Often when you’re alone you’re exposed to situations you might not be as part of a duo or larger group. Here are just some examples of some of the things I’ve managed to land in the past –

If you’re a savvy traveller, which you must be because you’re reading this, I know you’ll make it work. 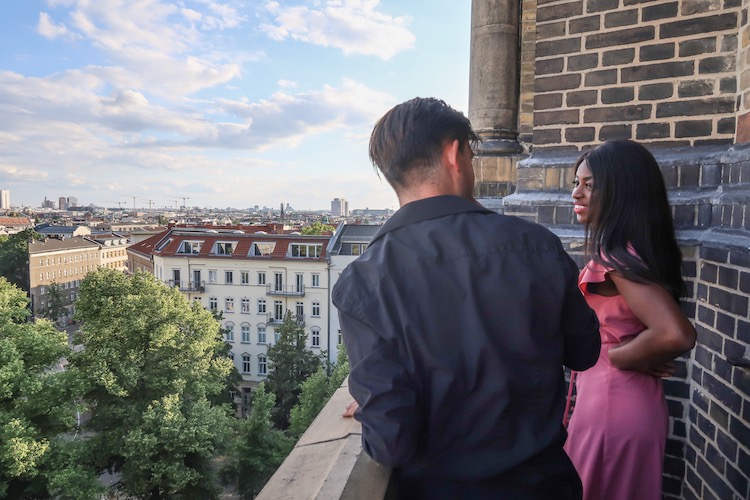 Going through life suspecting everyone of trying to wrong you is really hard work. Instead have measured caution. Don’t tell taxi drivers or strangers that you’re travelling alone no matter how proud you are of what you’re doing. If someone gets too close to you reestablish your personal space. Keep your valuables hidden or securely locked away.

If I’m being totally honest I’ve spent a good part of the past three years doing the opposite. Only hiding my laptop in my pillowcase when there are perfectly good lockers because I’m lazy. But you’re not me so just make your life easy by keeping your stuff safe. 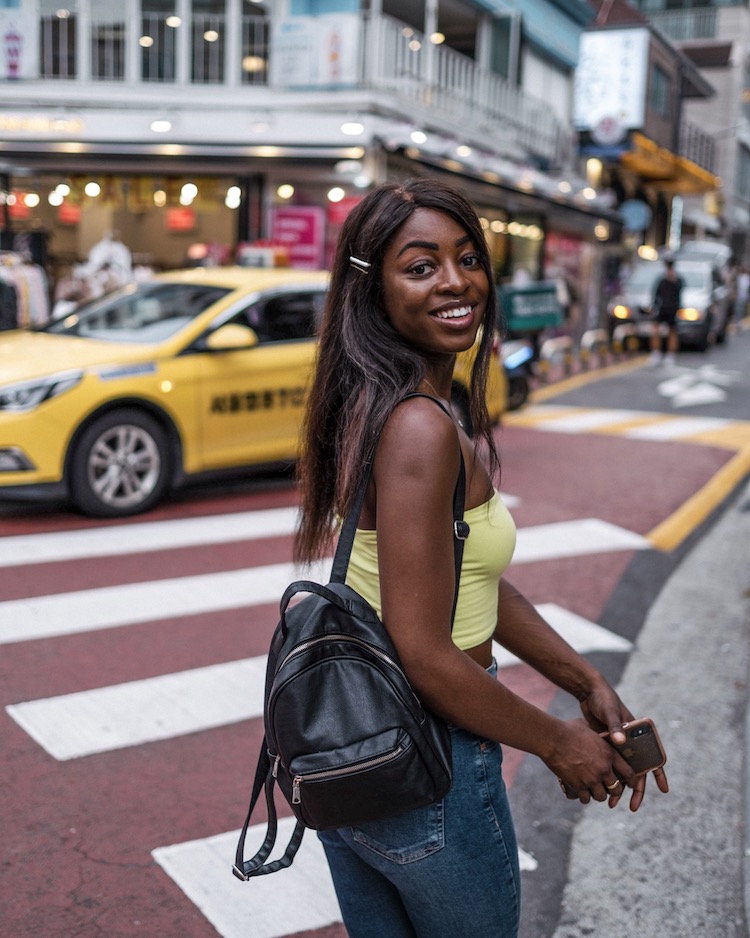 I’ll never forget the first time I was really exposed to travelling independently. I’d been living in San Diego for three months completing an internship. Once it was over I went travelling with my flatmates around California. Our first stop was USA Hostels Hollywood. A beautiful hostel, fit for a party crowd. Except in the living area there sat a man on his zimmer frame who must have been no less than 80.

Okay sure he kept falling asleep and people thought he was dead – but he got out there and that’s all that matters. BTW we saw him again a week later in San Francisco. He is my hero.

In so many ways solo travel changed my life. I hope if you’re able and willing you get the chance to experience it at least once.

Join the waitlist to be the first to hear when my brand new SOLO TRAVEL EBOOK (eek!) will be gracing your virtual shelves. In the book I’ll be sharing my top tips and tricks for landing awesome deals, upgrades and freebies EVERY TIME, telling you everything I WISH I knew before I went on my first trip and teaching you how to OVERCOME YOUR DOUBTS so you can book that trip with confidence.

Have you travelled solo? Would you like to? Let me know in the comments! 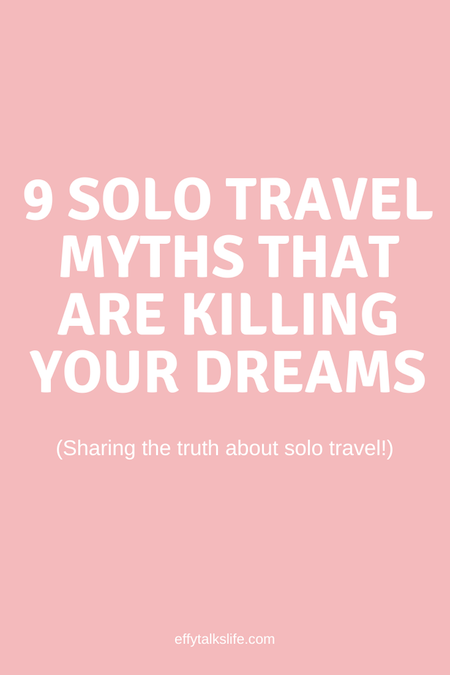