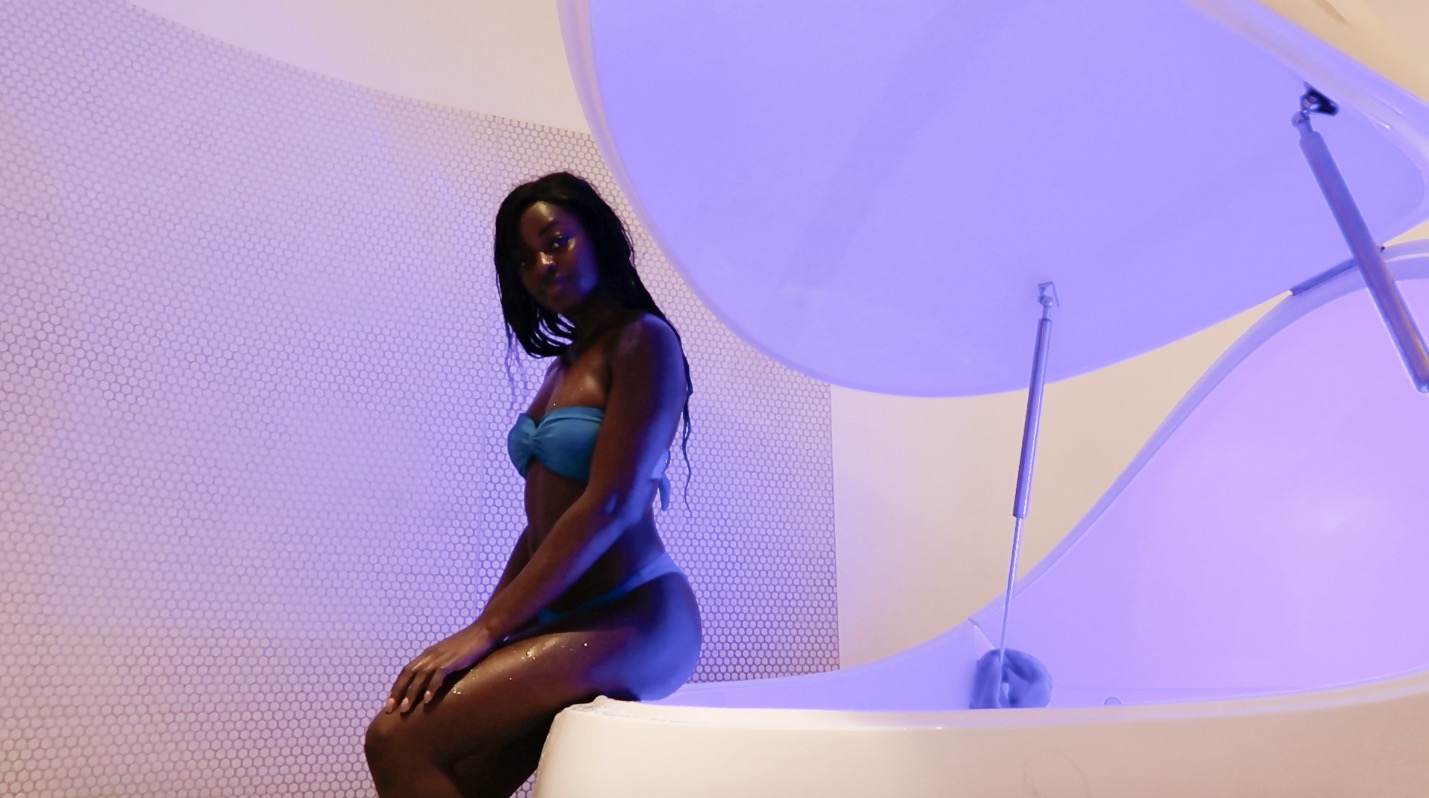 When was the last time you relaxed?

Not came home from work and switched on the news, not scrolling through Facebook while curled up on the sofa with a cup of tea – no, I mean really relaxed. Just let yourself zone out from the world and got lost in that beautiful brain of yours.

In 21st century life it’s almost impossible to fully switch off. From checking emails to mindlessly refreshing our Facebook feeds to reveal yet another engagement post. Whether we like it or not we are tethered to our phones and the Internet. So, when we can, it’s up to us to make a conscious effort to give those brain cells a rest and just relax. Really relax.

Last week I got to experience just that with sensory deprivation therapy experts – Beyond Rest Prahran*.

What is sensory deprivation therapy?

Sensory deprivation therapy was created in the 50s by Dr. John C Lilly, a neuropsychiatrist who was experimenting with the effects of altered states of consciousness.

Put simply sensory deprivation therapy involves floating naked in an oversized lidded bathtub full of salt water and devoid of light and sound. If you’re a fan of Stranger Things think Eleven trying to find Mike in the upside down – but less of the nosebleeds.

The buoyancy in the tank tricks your body into feeling like you’re floating through space making for the ultimate relaxation setting. In addition to the lack of gravity, there is also no light or sound. You are completely disconnected from the hustle and bustle of today’s society. For an hour or so you are transported to your own little world.

What are the benefits?

Unwinding in an environment free of outside simulation creates the ideal environment for a deep meditative state. In addition to heightened relaxation other reported key benefits include:

How does it work?

Arriving at Beyond Rest Prahran I really wasn’t sure what to expect. I mean the whole concept of sensory deprivation therapy was wildly different to anything I’d ever done. Before I got too lost in my thoughts the manager, Kye, greeted me and he became my float guru (unofficial title) for the session.

After just five minutes of talking with him, I was already feeling more at ease. Kye let me know all the nerves were completely normal and dispelled any fears I had of being trapped in the float pod, and my mind, forever. When we got to the float room he showed me around explaining the process and how to avoid any unnecessary discomfort which could alter the outcome of the experience. He also mentioned something else that I found pretty interesting, which was the content of what was in the water had just as much effect as the experience itself.

The tank contains over 500kg of Epsom salt, which makes lying in the water not too dissimilar to the feeling of lying in the dead sea, apart from the fact you’re closed in, with a lid. That being said the space isn’t as small as you’d think! I’m not saying you could throw a full on party in there, but there was definitely room for movement without feeling like the world was closing in.

To protect your ears from the salt content you’re given ear plugs. To get the perfect temperature you’re advised to have a cold shower to lower your initial body heat so stepping in the tank would feel warm. There was a floating pillow, a bottle of water and an easily accessible light switch inside the pod.

Everything had been thought of.

With no more questions to answer Kye disappeared back down the corridor leaving me alone to get ready. Now all that was left to do was for me to get in. Which was simple enough right?

Right. Cold shower. In the pod. Close door. I’d done it! I felt water creeping up to my ears. Crap. The ear plugs. Out the pod. Ear plugs. Back in the cold shower. Close pod. That was it? I began going through the steps again in my head.

Moments later the music stopped and then suddenly it was dark. And I mean dark. I blinked open my eyes. No difference.

Now I was definitely doing it.

What should you expect?

Kye explained the first time round sensory deprivation therapy can be a strange experience. To be alone in complete silence, darkness, and stillness – your mind is likely to drift off to strange places. Ten minutes later as I lay floating naked questioning the nature of our existence on this planet I understood what he meant.

Lying there you begin to lose a sense of having a body. I kept periodically testing myself to see if I could remember where my limbs were – and that they were actually there. Arm. Arm. Leg. Leg. Phew – everything was in fact still there and not as I had suspected extracted from me as part of an elaborate science experiment. I laughed at how ridiculous that seemed.

My mind did wander off into odd places, but I never felt scared, I was more curious. Amongst my thorough philosophical analysis of being (is this what it feels like to be in a womb?!), there were moments of still. Moments when I kind of forgot where I was ’til I felt air bubble drift past some part of my body. I could feel but not feel. I was there but not there. I’d open my eyes and the dark would engulf me. Wherever I was felt both endless and transient.

By the time the music began to play again I’d definitely begun to lose track of time but nonetheless was happy to be stepping back into the light again. 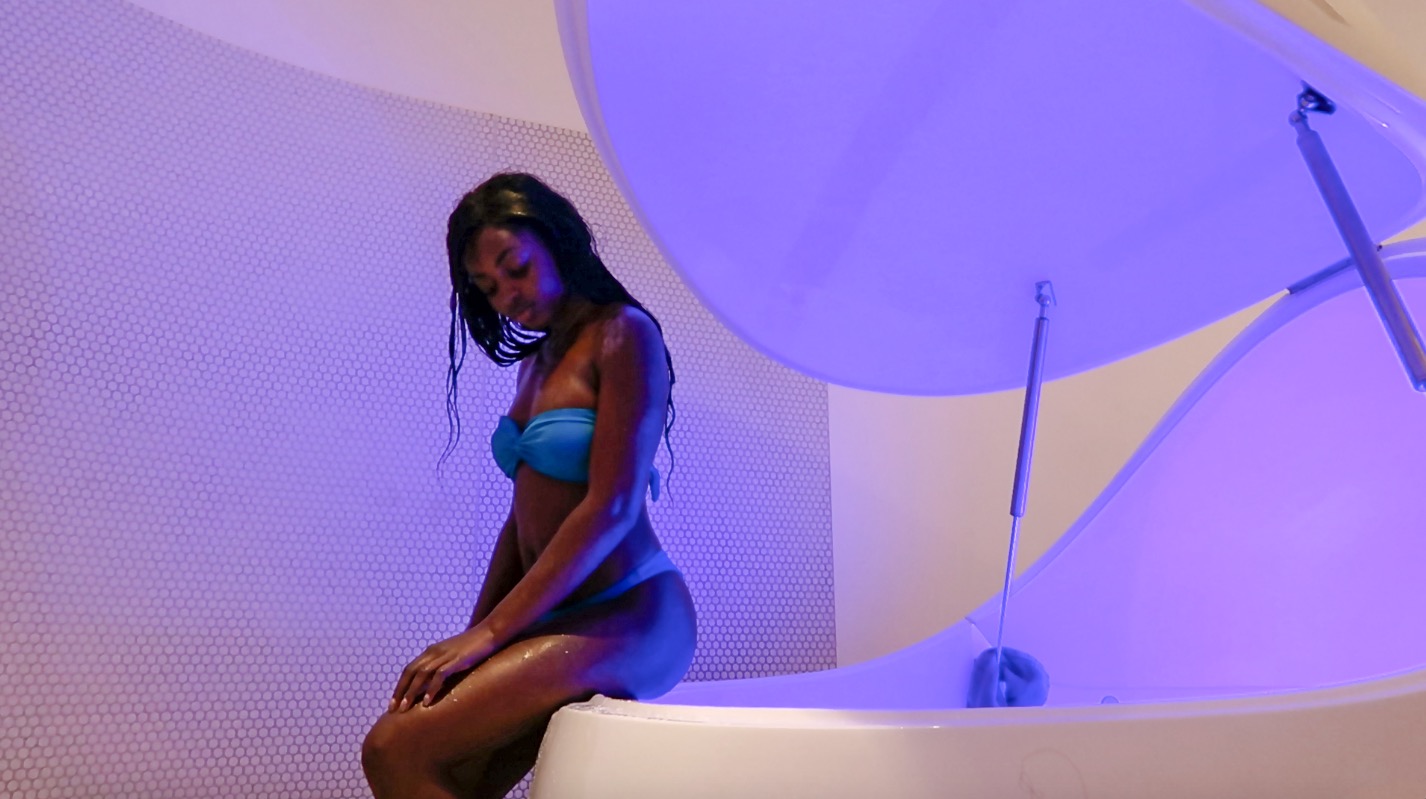 How do you feel after?

When I was in there I didn’t have any life-altering revelations or reach nirvana and I think this is important to say. If you go in there expecting to have this profound experience it almost certainly won’t happen. However, what I did notice was how my mind and body felt after.

As soon as I got out I noticed my body was more relaxed. I regularly experience back and shoulder pain and immediately noticed my shoulders weren’t as tight. At yoga later in the evening, I felt I could get deeper into the practice than normal as my body, in general, is just a ball of tension!

I often talk on here about my struggles with anxiety and depression. And it’s something I’ll never get tired of sharing. I wouldn’t wish the way I felt then on anyone. On my worst days, I couldn’t even leave the house. My self-care routine involved crying myself to sleep or finding the perfect Netflix programme to match my emotions. It took months of being in this state before I decided to make a change. I went to counseling, I got out of the house and I began to look after myself. Not just physically, but mentally too.

These days anxiety and depression don’t take over my entire life, but I’m always on the lookout for ways to improve my mental wellbeing (#zen). I truly believe everyone could benefit from the experience of sensory deprivation therapy and if not for the multitude of other benefits at least to experience an hour completely devoid of simulation. I’d almost forgotten such a state existed.

If you want to learn more about sensory deprivation therapy or how to book a session head to the Beyond Rest Prahran website.

*This experience was gifted but all thoughts, opinions and weird musings are my own I promise!

What about you guys – what do you do when you need to unwind? Have you ever heard of/tried sensory deprivation therapy? Let me know in the comments below!