Moving Abroad In Your Twenties – Why You Need To Do It! 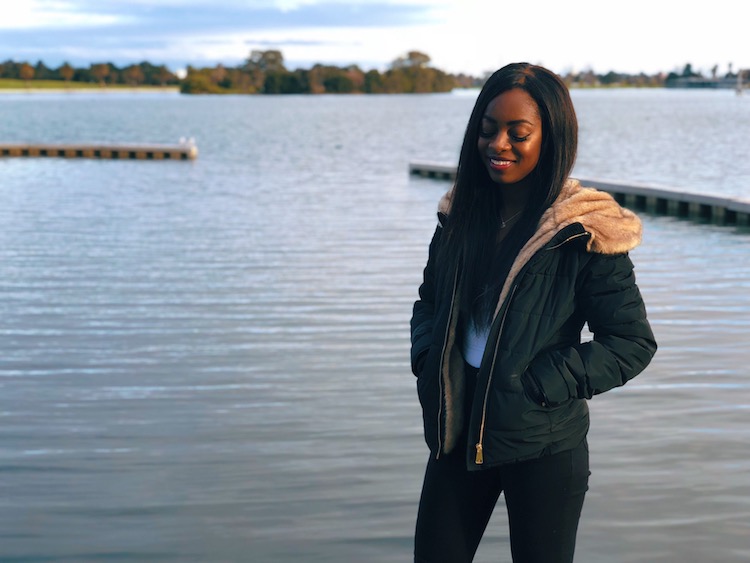 As I looked out of the car window on my way to the airport on March 20 2019 I felt a mixture of emotions. Excitement to be travelling somewhere new, the familiar pangs of pre-flight anxiety and something else. An emotion I didn’t expect to feel. In fact, one I hadn’t felt in a long time. Homesickness.

I didn’t want to leave.

You see for the past two and a half years I’d been living in Melbourne, Australia. As my visa came to it’s final days I prepared to leave the city that had become my home to embark on my next big adventure.

But despite the overwhelming sense of sadness, I don’t regret it for a moment. Moving to Australia was one of the best things I’ve ever done and I’ve grown up so much in that time. It’s also the first time I felt truly independent and I think being thrown into that situation is something everyone should experience at least once in their lifetime.

So today I’m sharing my 7 reasons why you should consider moving abroad in your twenties and some of the life lessons I’ve learnt along the way.

Reasons To Move Abroad In Your Twenties

You have no commitments

Moving abroad in your twenties, in my opinion, is one of the BEST times to go. Why? Because you have very few responsibilities and commitments. Not only that but moving abroad with someone else is a completely different experience than going it alone. I really hate the rhetoric of travelling to “find yourself”. But it is absolutely a time where you will LEARN a lot about yourself.

The freedom you’ll find yourself in after finishing university/college or whatever it is you chose to do after school is one you’ll be hard-pressed to find again in later life. It’s a time when hangovers are still a mere myth for a lucky few and where you can really lean into who you truly are or would like to be. 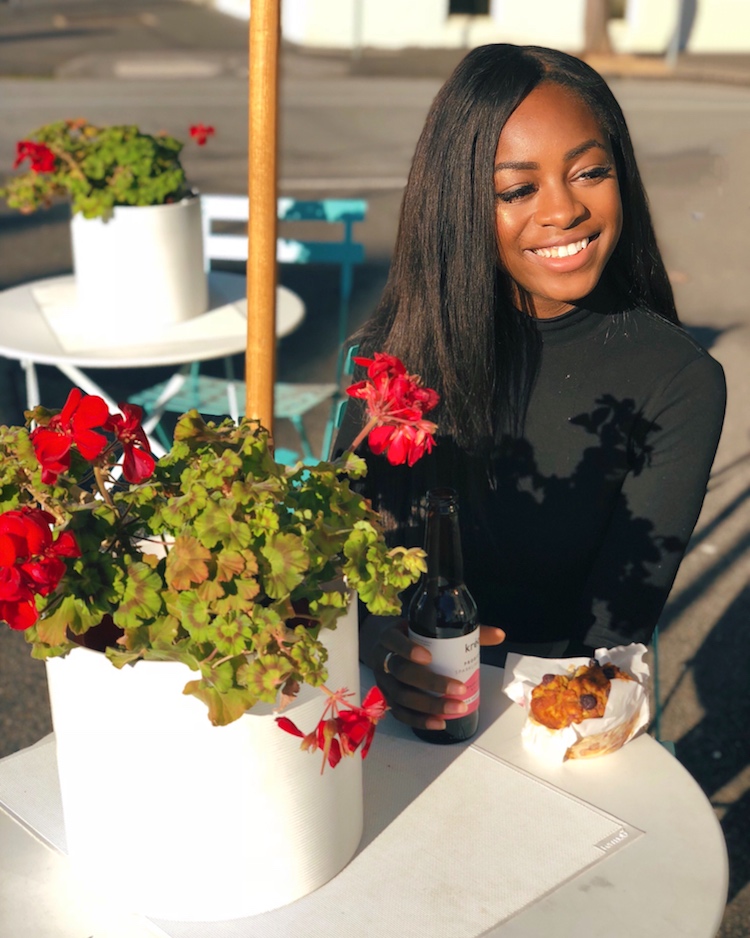 Although I’ve always considered myself to be open-minded I grew up in a very insular town where my sister and I were the only black kids at school. I went to uni in a small city where you’d always bump into your friends on the street or on a night out. And despite the fact that I was very comfortable in that world I also longed for more. I felt I’d outgrown it.

Moving somewhere where no one knows you means you can reinvent yourself as pretty much anyone. Throughout the past couple of years, I’ve definitely become more confident and unapologetic about who I am. When you’re surrounded by other people who express themselves so openly they unknowingly give you permission to do the same.

But it wasn’t just moving abroad I began to do other things too. Like travelling the world on my own, making friends from different cultures and enforcing boundaries with my time and relationships. To sum it up really I just became more… Me. 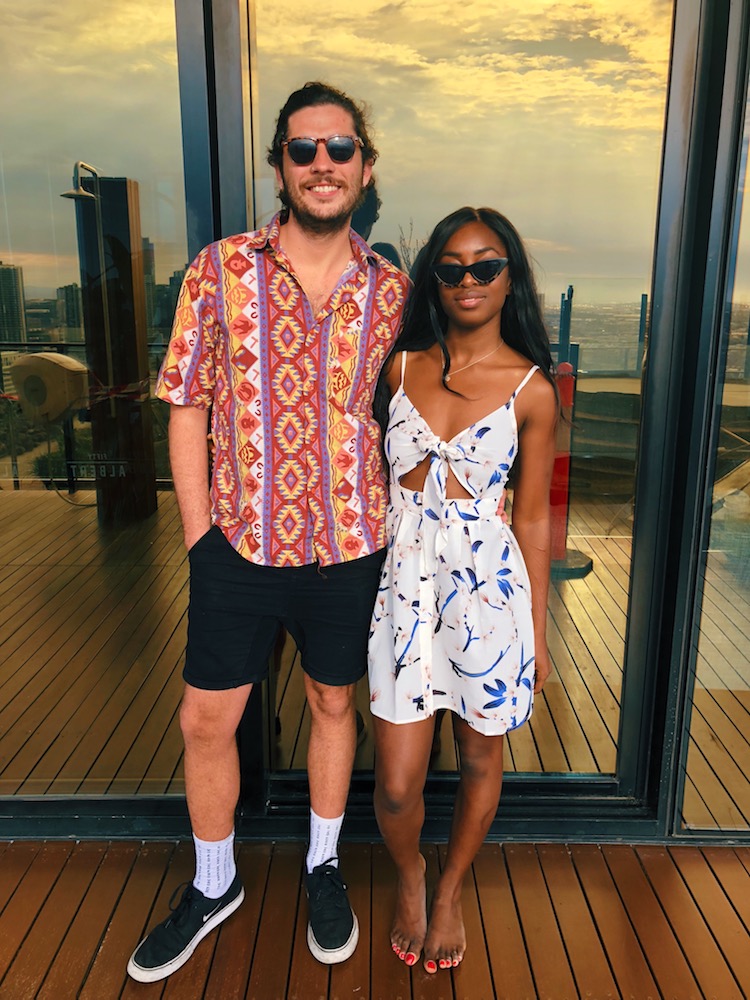 It forces you to be independent

I thought moving to a new city for university made me independent. But truthfully I was kind of eased into this weird limbo between being an adult and a teenager. Moving to Australia I suddenly had to really do everything for myself: finding a flat, setting up a phone plan, organising my time and loads of other adult stuff that I’ve obviously buried deep down into the corners of my brain for uhh, safekeeping.

When you move abroad you become the decision-maker and you suddenly become acutely aware of the power you have over your own life. It’s equal parts exciting and terrifying. 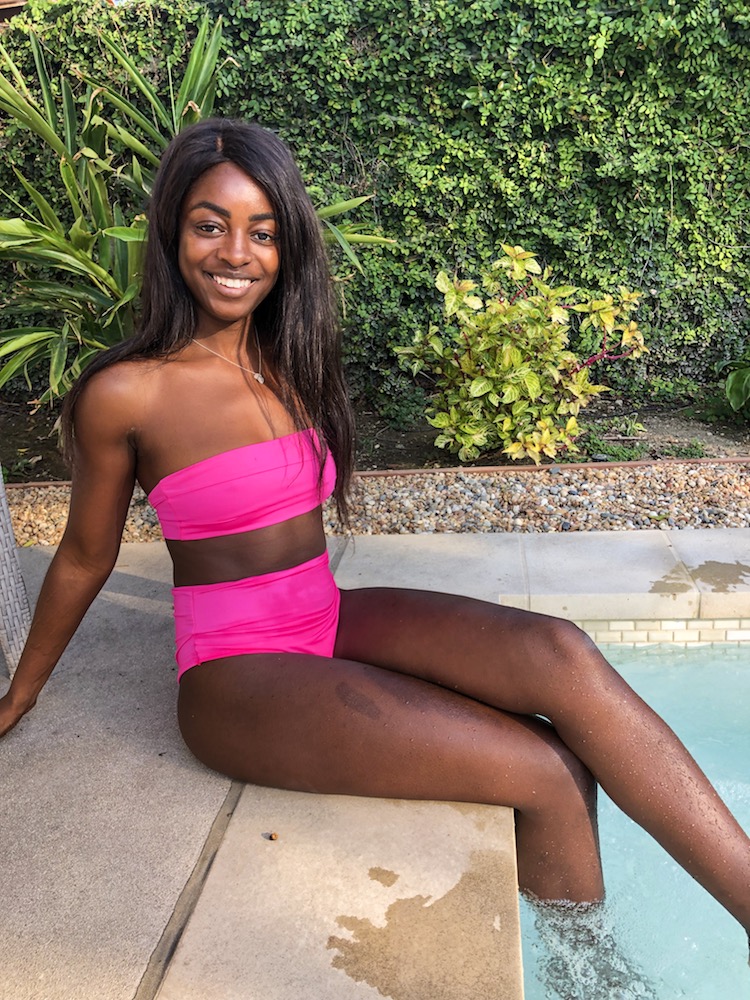 You get to experience different cultures

People joke that Australia is just a warmer version of the UK. Sure we speak the same language and look at the same sun but there are still a lot of cultural differences and challenges that come with those.

Before I moved to Australia I also spent some time in Thailand and Vietnam alone and I’d never experienced anything like it. It was the biggest culture shock. I felt extremely small in the grand scheme of the world and I was desperate to explore more of it. I wanted to absorb all the information I could and challenge myself to keep chasing those uncomfortable situations. And the growth that came with them.

When you move abroad your belief systems will be challenged but you’ll come to appreciate and value things in a completely different way. 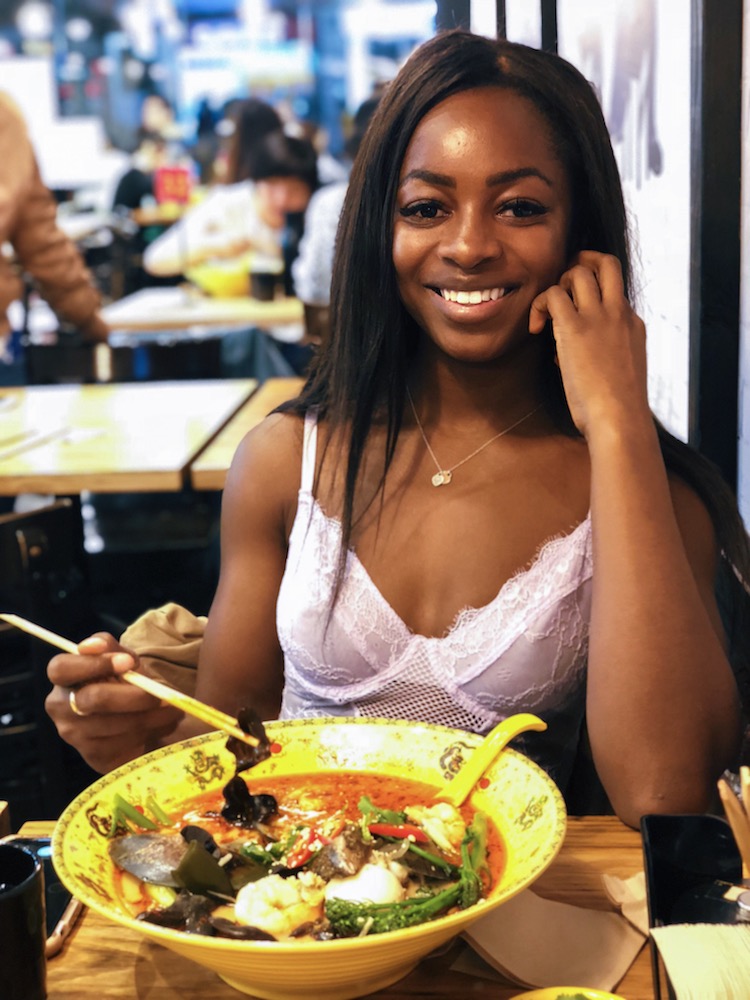 It will be a huge learning experience

Moving to Australia taught me A LOT. I learned some relationships can’t stand the distance. I learned about my strengths and weaknesses. And that the toilets don’t really flush backwards after all.

I fell in love, I started my own business and I leaned into who I’ve really always been. I experienced some sad times too. Life isn’t always perfect. But there is always a lesson if you look hard enough or if you’re open to seeing things differently. 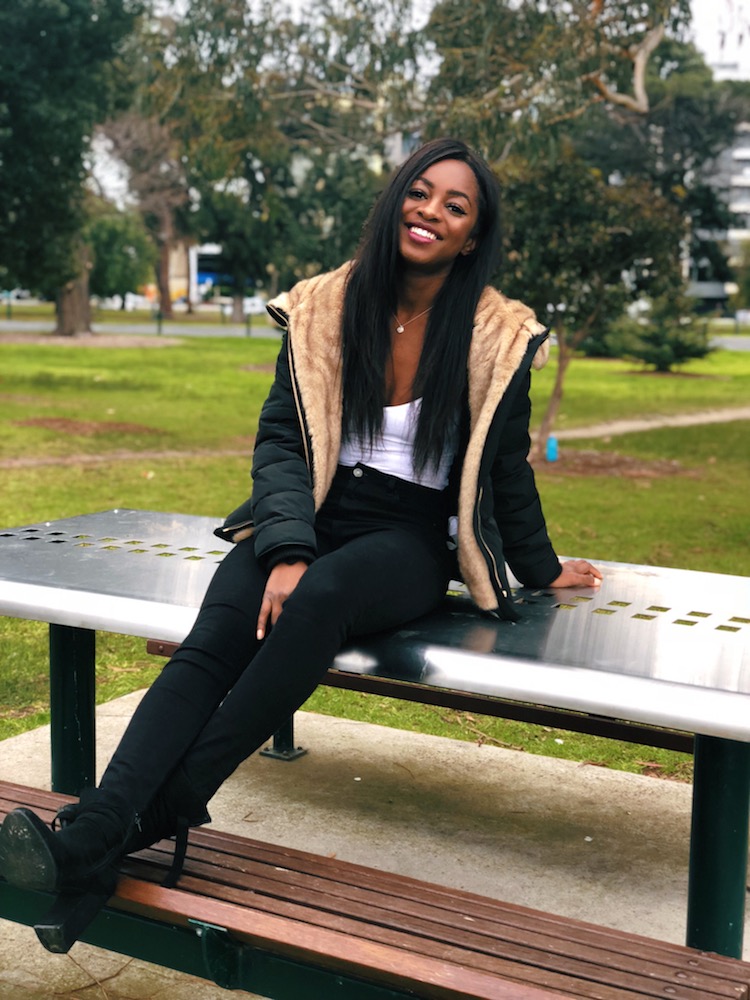 It gives you more opportunities

When I left the UK in some ways I was feeling pretty lost. I’d been following this path that had been laid out for me and education just felt safe. When that came to an end there was a huge gap of well what now? That loomed over me for months and I actually spent a lot of time working through those feelings in therapy (which btw you should also try in your twenties and beyond).

Through travelling the world and building this incredible life for myself outside of education I slowly came to the realisation that wherever I was in the world, I’d do just fine. There is so much pressure as a young person to follow the path but I say fuck the path. Instead of following become a leader. Where do YOU want to go? If you don’t know yet that’s totally fine, but moving abroad in your twenties is a great opportunity to explore the things that light you up inside. 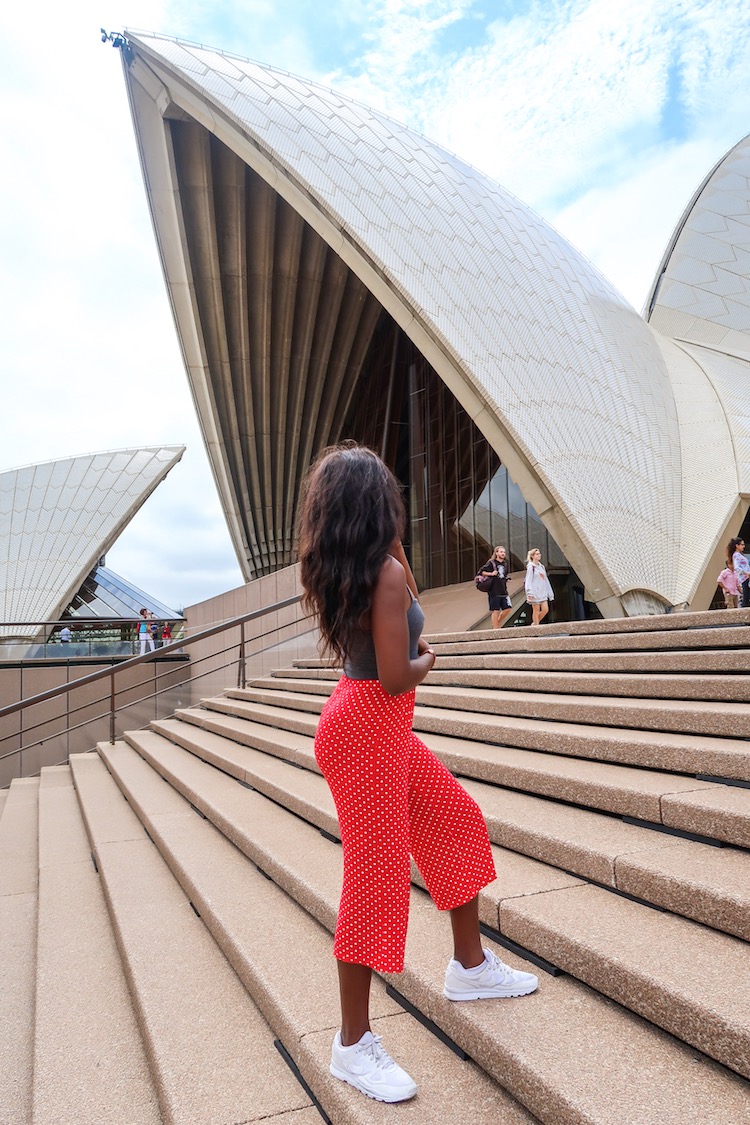 You’ll be forced to figure your shit out

I’m not going to sell you a fantasy of moving abroad in your twenties to fix your life. Though you may dream of moving abroad and running away from your problems the truth is they can’t be left behind. Whatever problems you have at home will be messily packed in your suitcase along with everything else. Instead of ignoring them use this as an opportunity to embrace them and to own your shit.

My life then (and now) is an absolute dream. I get emotional thinking about it. But have there been days where I’ve hidden away from the world and cried until there was nothing else left to come out? Of course.

And in times I have absolutely felt lonely or envious of my friends at home and where they are in their lives. The ones who are having kids and building families. Or buying their first homes. But nobody’s life is perfect. You can bet your friends are having their own struggles too. And I wouldn’t trade the life I’ve built for anything. 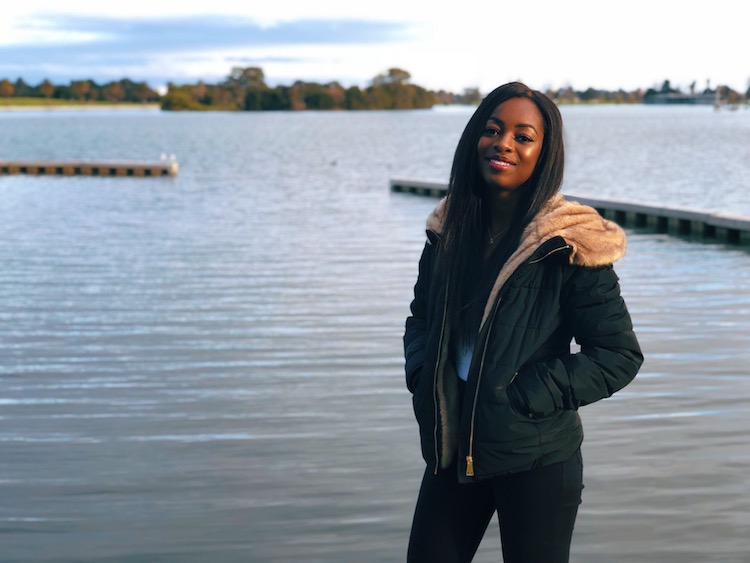 Just feel the fear and do it anyway

Before I let you go I want to share something that I think stops a lot of people from ever actually moving abroad and starting over. And that is fear. We all experience it. To be honest I’d be slightly concerned if you didn’t feel slightly nervous to be ripping up your life and starting afresh in a new city. Cause um, yeah, that shit is scary.

But here’s the thing. All those things you might be afraid of – not adjusting to your new life, language barriers, missing friends and whatever else it is that you’re worried about aren’t reasons not to go. In fact, really how can you expect to ever work through those fears if you never face them?

It’s okay to be scared out of your mind. It’s also okay to come home. But just promise yourself you’re willing to give it a proper go.

What about you? Would you consider moving abroad in your twenties? 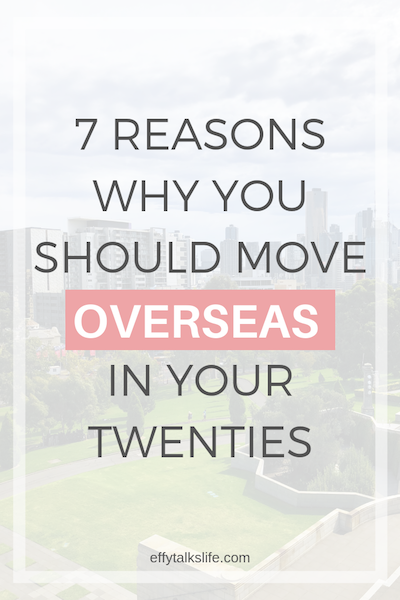 4 Travel Mistakes That Could Ruin Your…

How To Move Abroad And Start A…

How to Create a Profitable Online Course

PREVIOUS POST
"17 Ridiculously Useful Apps For Solo Travellers "
NEXT POST
"Transport in the Philippines: Everything You Need To Know!"