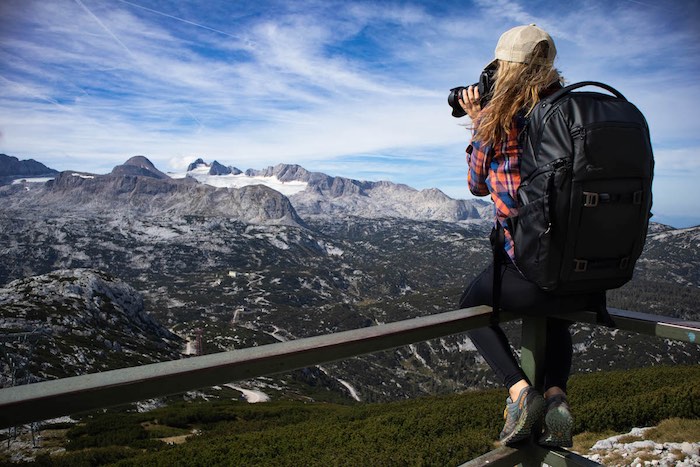 It’s time for another instalment of my monthly digital nomad series! The series focuses on badass women who are traveling the world and working too.

Each month we’ve heard from incredible women from all walks of life who have shared their stories and given their best advice on how to follow in their footsteps. The interviews have been raw, real and like nothing else out there that I could find. I wanted to give you guys the good, the bad and everything in between.

So many people have the desire to work and travel, but just need that extra push to get started. If that sounds like you… consider this your push!

Last month I chatted with Nancy Chalmers about her experiences trying to create synergy between her passions and freelance work as an illustrator.

Today, your monthly dose of inspiration is being served to you by the incredible Megan Snedden. From the moment I stumbled on her blog I knew I had to share her story with you guys. Not only because I related to her grief and her struggle, but also because I was in complete awe of the legacy that was born from that.

Hey Megan! Thanks for agreeing to the interview I’m thrilled to have the opportunity to share your story. But before I get ahead of myself can you give us a little introduction to who you are and what you do?

Hey Efia, Sure – I’d love to! I’m Megan and I’m a travelling storyteller and do-gooder from Los Angeles. You can find me wandering around the world creating feel good videos for my acts of kindness movement –  The Kind Effect while also capturing the beauty of the globe through photography and film on my personal website, Hey Wander Woman. 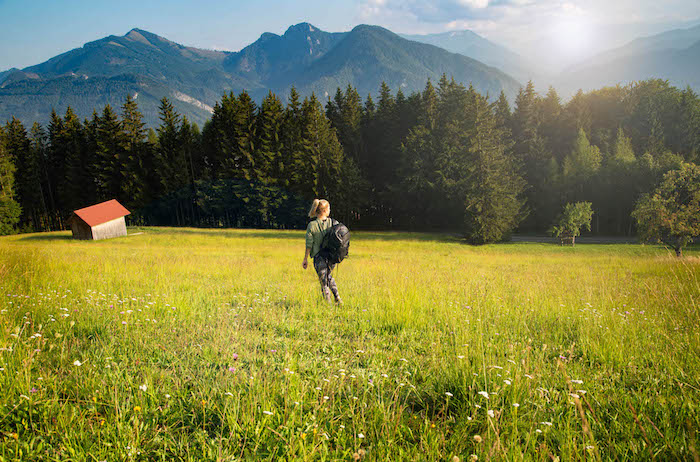 I have so many questions I want to ask. But first things first – Is being a photographer something that you’d always envisioned as your path in life?

I’ve always been a “throw yourself to the wolves” type person. After graduating college into the Global Financial Crisis in 2008, I took a marketing internship at a photography school that allowed me to shadow occasional workshops. When I couldn’t land a real job, I headed to South America with a camera in hand, then ended up living there for two years while teaching myself photography.

Afterwards, I moved to New York City and set up meetings with any editors and bloggers that would let me buy them coffee. My first big story appeared in the Huffington Post after I had hot chocolate with an editor there and showed her my photos of Argentine Gauchos.

The best part was I went into that meeting with zero intentions. That woman inspired me because she’d lost family members just as I had, and I wanted to understand how to get through grief. It just so happened the photos came up in conversation. This first little serendipitous event was an indicator that I should keep on trying with my creative pursuits, despite the competition and uncertainties.

It’s amazing how life can give us little nudges like that, isn’t it? I know you’ve since been published by BBC, National Geographic Traveler, USA Today to name a few. How long did it take for all that to happen after first catching your break?

A lifetime. When I look back, I can even see how things that happened when I was a child prepared me to arrive at the exact place I am right now. Although of course, I didn’t know it then. That’s why I’m grateful for all occurrences that we may label as negative and positive: it’s all growth.

Beyond that, it takes many years to fine-tune your eye. You take a lot of bad images before you start to take better ones. After ten years in the field, I am still learning new tricks, especially from my friends who are some of the most talented people I know. In terms of getting your work published, the digital landscape makes things a lot easier now than it did when I got started.

Initially, though, I didn’t care at all about sharing my work publicly. Honestly? I just wanted to wander the world and be creative. So I did that for probably three years before I moved to New York and began pursuing journalism and content creation seriously. 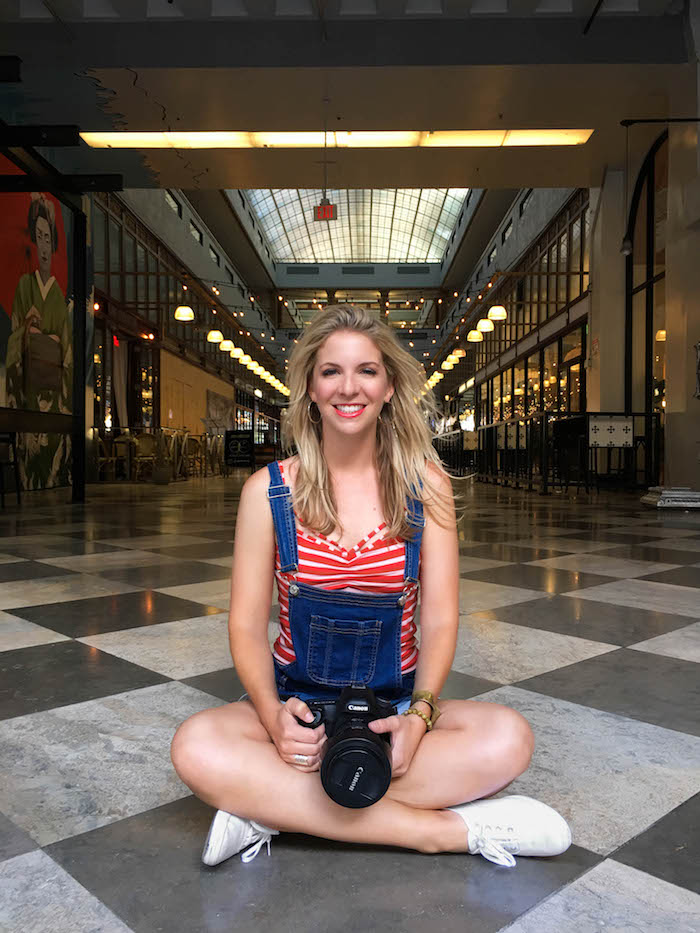 Out of all the projects and jobs you’ve worked on are there any that stand out to you?

It’s all incredible so it’s hard to choose something that stands out. I love using the camera as an instrument to connect and play with people around the world. When photography is involved, language and cultural barriers disappear, which allows me to authentically relate with others and enjoy simple moments of presence together.

Last year I started a movement called The Kind Effect where I create feel-good videos that uplift people with the joy of kind deeds. The news can be very depressing, so I wanted to create stories that would have a more positive effect on people. Plus, it’s a fun way to pay forward all of the kindness other people have shown me in my lifetime.

It can often seem like the world’s a very scary place. The news is essentially a business built from people’s fear. I like that what you’re doing is almost the antithesis of that. Are there any challenges in living or portraying life this way?

I’d say the challenges aren’t necessarily related to my career path as much as they are related to constant travelling. When you’re on the road, you’re confronted regularly with the unexpected. It’s also a major challenge to the mind.

One day I’m in Austria (where they speak German) chatting with Brazilians about the idiosyncrasies of Portuguese. The next day I’m in someone’s living room in the middle of France where no one speaks English. This is just after being in Thailand, which has a completely different time zone, currency, and language. It all makes my head spin a bit, but I wouldn’t have it any other way. I’ve never felt more tired and alive at the same time!

What advice would you give to someone looking to travel the world and pursue their passions?

For those starting out the best time to get going is now. I’ve come across many humans who want to travel the world, express their creativity, and do good things for others. The sad thing is often when I check in with them later they haven’t followed through. There’s no such thing as a perfect beginning. As I said, I still feel like I am learning new things every day, and I also regularly make mistakes. It’s just a matter of allowing your creative work to evolve and pivoting as you see fit.

Let passion dictate what you do, not success. To be an entrepreneur, freelancer, or the leader of a movement – you must love it. Also to some extent you need to be driven to do it because you feel called to do so on a soul level. If you’re after success, you might achieve that, but at the end of that road there isn’t much except a checked box.

However, if you keep your intentions straight then the outcome is fulfilment. Not even the greatest of challenges can shake you away from that. 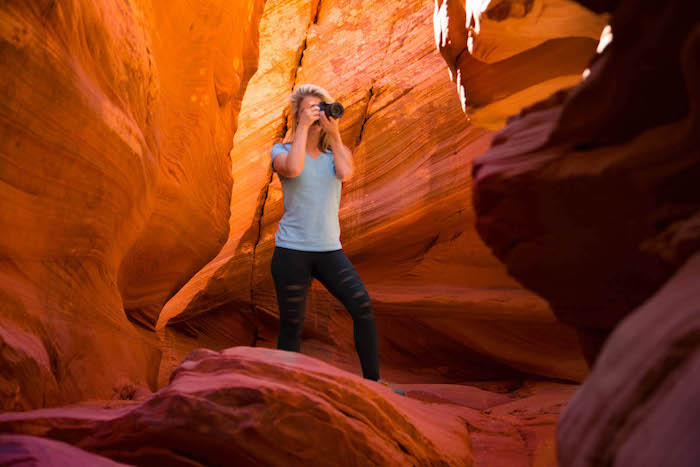 That’s some pretty solid advice, that I think everyone could gain some value from. Thank you so much for sharing. But before you go – what’s next for Megan Snedden?

It’s been great – thank you! Right now, I’m travelling around the world filming acts of kindness for the Kind Effect in each country I visit. I’ll hopefully start to roll out the videos by the end of this year. I really excited to share those, there are some great stories just waiting to get out.

If you’d like to learn more about Megan and the stories she shares you can find her on Instagram, Youtube, The Kind Effect and Hey Wander Woman. 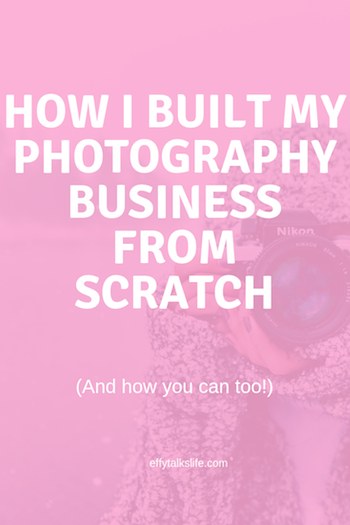 What about you guys? Have you ever felt called to pursue something? If so, what?