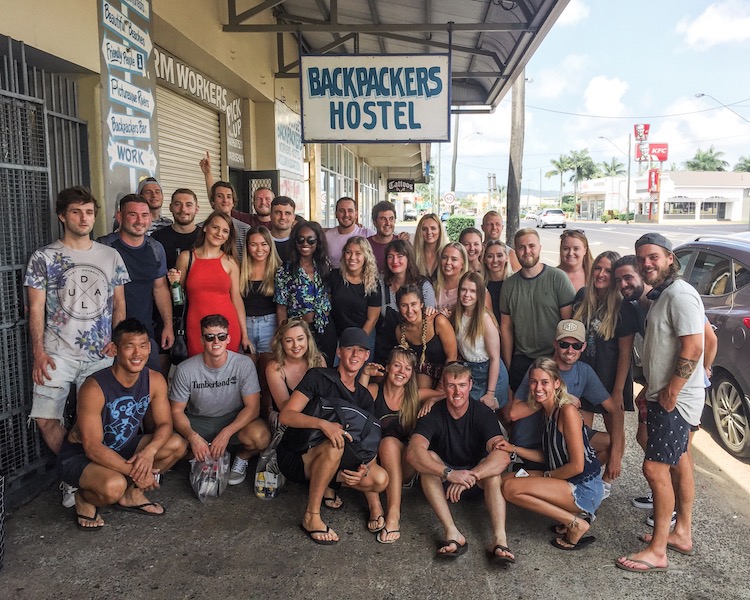 After getting fired from my first farm job in a grand total of four days, I flew back to Melbourne to start the job hunt again. With the days ticking down until my visa ran out I was anxious to find a new position as quickly as possible. Keep reading to learn how I landed job banana packing in Innisfail, Queensland.

If you haven’t read part one of my farm work experience, you’ll want to go read that and then come back!

Searching for a second job

I’d already given up my flat so I spent the next 2 weeks living at my friend’s place in Melbourne. Between panicked outbursts, I spent my afternoons trawling the internet for new jobs. My friend told me things have a way of working out and he was right.

After experiencing little luck and growing increasingly conscious of the shrinking window to find my next position I paid a travel company (Happy Travels) $100 dollars to find me a job. Within a week I was flying to Cairns for my job in Innisfail, tropical Queensland. I’d be living at a working hostel there.

When I arrived at the Budget Backpackers hostel in Innisfail I was underwhelmed, to say the least. From the outside, it looked not too dissimilar to a prison. The entrance was lined with metal bars, the shutters for the reception were firmly shut and the two other people that arrived at the same time as me looked equally bemused.

But you know what? I was ecstatic to be there.

For starters it was warm. Shorts and t-shirts warm. And to my delight, I’d already counted more than four people. Okay, the place was a complete and utter shit hole but the people were friendly, genuinely friendly. As I bonded with my roommates over Harry Potter Scrabble I knew I’d be happy to spend the next three months of my life with them.

We soon learned we didn’t actually have farm jobs *yet*. But we were put on a waiting list and when jobs came up people were gradually moved off the list. As you could be called into work at any point each night we’d make a packed lunch hoping the next day was the day we’d join the ranks of the employed. 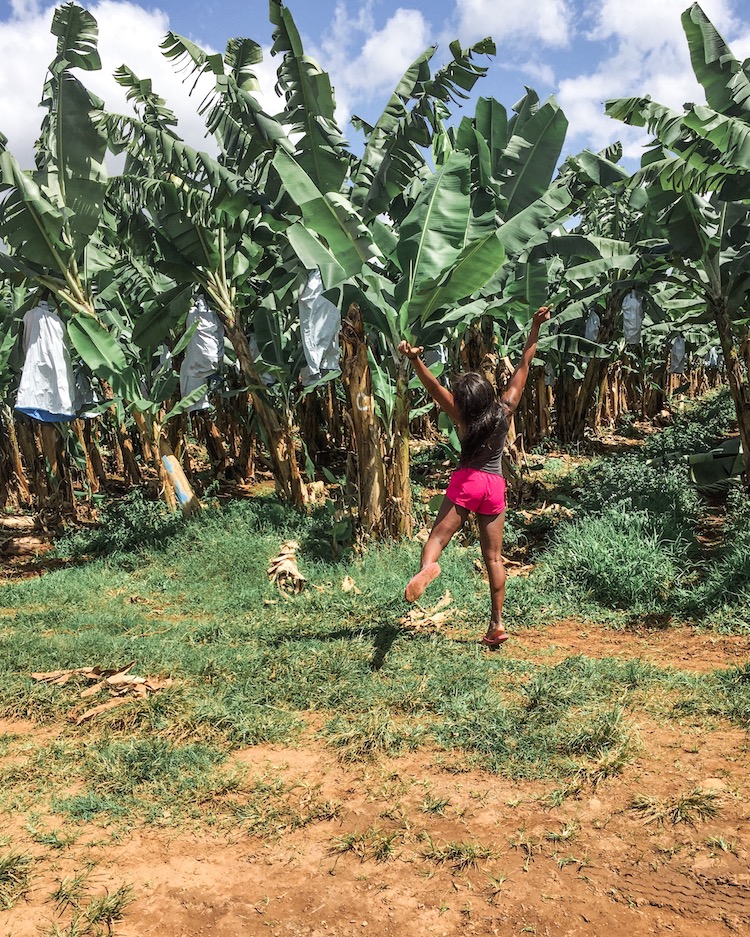 A few days later on a fluke, I started my job. Although there was one girl ahead of me on the waiting list they couldn’t find her so I took her place on one of the biggest banana farms in Queensland.

On the farm, there were girls jobs and boys jobs. Archaic, I know. The boys spent their days in the fields cutting and carrying bananas to trailers. It was hard physical labour. For the girls, our main jobs were sorting and packing bananas in industrial sheds.

After all the bananas are cut into bunches it’s the job of the sorters to pick out the bad bananas and make sure every bunch is perfect. If a bad banana slipped through to the packers there would be trouble.

Consequently, If a good banana made it into the bad bunch there would also be trouble. It was a game of speed and lightning precision. Although it sounds easy enough imagine hundreds of bananas rushing to you on a conveyer belt with a couple of seconds to decide what makes the cut.

It was the job of the packers to fill 15kg boxes with the bananas and to keep the conveyor belt moving. Again it sounds easy enough but it was like banana Tetris trying to get the right weights and sizes aligned.

If you were at the front of the conveyor belt you had the first choice. If you were at the back not only was it your responsibility to keep the belt moving, but you also were left with small bunches of bananas desperately trying to make up your weight. Although yes in some ways we were a team, we were also pitted against each other trying to hit our targets (300 boxes a day). 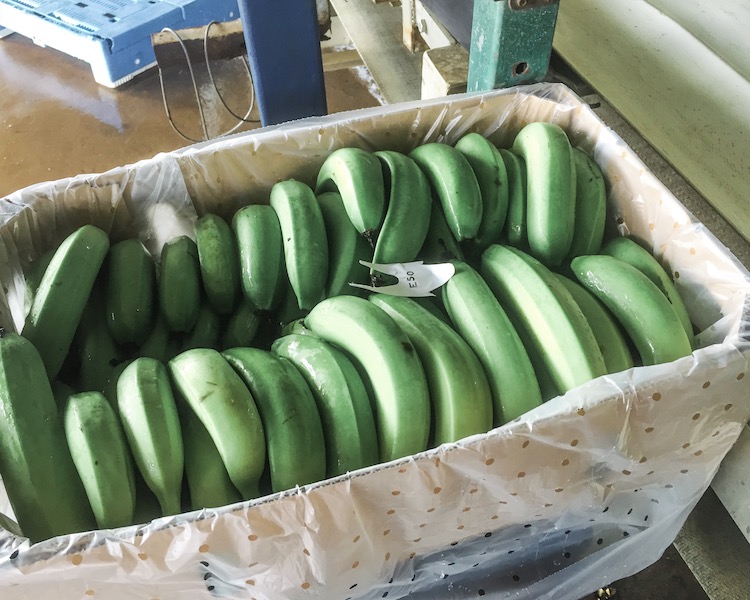 My first job was packing single bananas and I loved it. Was it boring and mind-numbing? Absolutely. But it was easy, I was left to it and that was all I cared about. I saw other girls crying and I knew I’d got off lucky. That was until I was moved to sorting.

Suddenly understood the tears. The sheer boredom was one thing. But I cannot even begin to describe to you just how uncomfortable it is to have your body is hunched over a conveyor belt for 8 hours a day. We stood in the same spot with no sound apart from the screeching of the conveyer and our supervisor occasionally whizzing along to humiliate us parading bad bananas that we’d missed. But we put up with it because we all knew we were completely replaceable. And that a daily ritual humiliation was better than being fired altogether.

After a couple of days on sorting, I was experiencing agonising pain in my arm and took a day off to visit the doctors. They signed me off work for two days with repetitive strain injury from the new role. When I shared with my roommates what had happened one very matter of factly said: “Well that’s it then, you’re definitely gonna get fired.” A job where you’re scared to lose your place for being genuinely sick. It’s no way to treat another human. 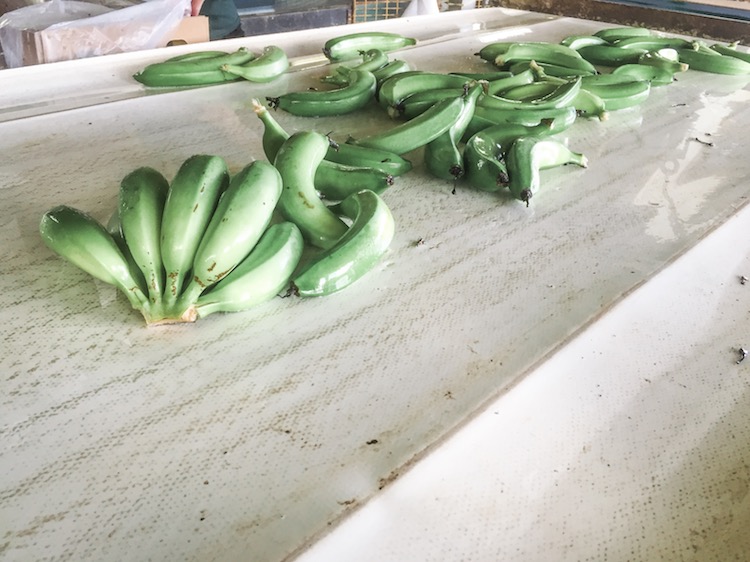 Luckily I wasn’t fired and I was moved to packing bunches of bananas. We were expected to pack 300 boxes a day and our numbers were displayed publicly so we could all see each other’s progress. Although I still had a job the paranoia began to creep in and it spread like a virus.

You see, each evening at 8 pm we’d have to check our rota for the next day hoping our names would still be on it. Each day I’d feel relief for all of 12 hours until it was back to work again and another opportunity for something to go wrong. Or to be shouted at.

One day it all got too much. I remember sitting and sobbing in the toilet because I was so overwhelmed. Then panicking even more because my quota would be down for taking the time to gather myself together.

Then the thing we’d all been dreading happened. Banana season slowed down and three people were fired. Some were nearly weeks away from completing their 88 days, others had no time to find a new placement. After that, we thought it could have been any of us. 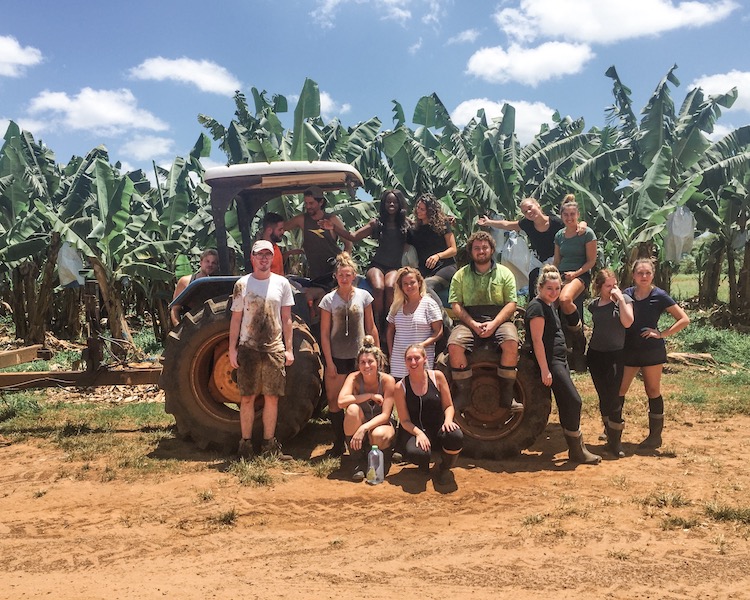 Life outside the banana farm

Innisfail (affectionately referred to in the hostel as InnisJAIL) was a sleepy kind of town. One of those places that people never leave or only move to for retirement. It had a nightclub. Somewhere you’d be embarrassed to step foot in back home. Here it was a beacon of hope. Somewhere to look forward to at the end of the week. Somewhere to be that wasn’t the hostel.

Although time spent banana packing in Innisfail was fast-paced and stressful, life at the hostel was anything but. It was the one place we were all able to unwind and relax (i.e – drown our sorrows). Every Friday we’d choose a fancy dress theme and the whole hostel (around 100 of us) would dress up for the occasion. Usually, it was the choice of the leavers what the theme would be as a reward for making it through their time.

When we weren’t drinking or hungover we’d go on road trips or weekend trips nearby. Though we all started the experience as strangers we came to be a family. It was a shared prison sentence that began to grow on us. 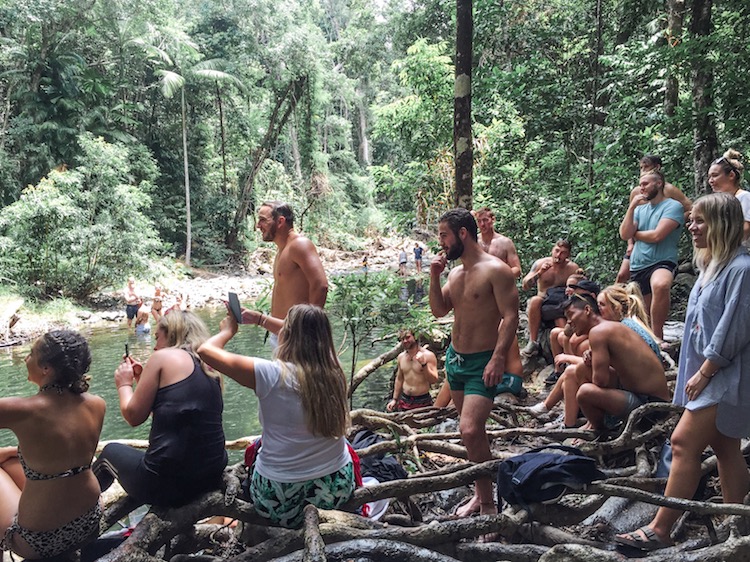 My last day banana packing in Innisfail was an emotional experience. I couldn’t wait to go back to the real world and to have autonomy over my choices. But at the same time, I was sad to be saying goodbye to the simple life. To walking two minutes down the street for groceries. To the mundane routine that didn’t require any thinking and to leave my new friends behind.

13 weeks later I was a free woman and through the emotional and physical labour I’d come out the other side. It was the experience of a lifetime and one I am so thankful I’ll never have to repeat.

If you’re thinking about doing farm work in Australia I’m answering your FAQ in this second year Australia visa post.

What about you? Would you ever do banana packing in Innisfail? Let me know in the comments! 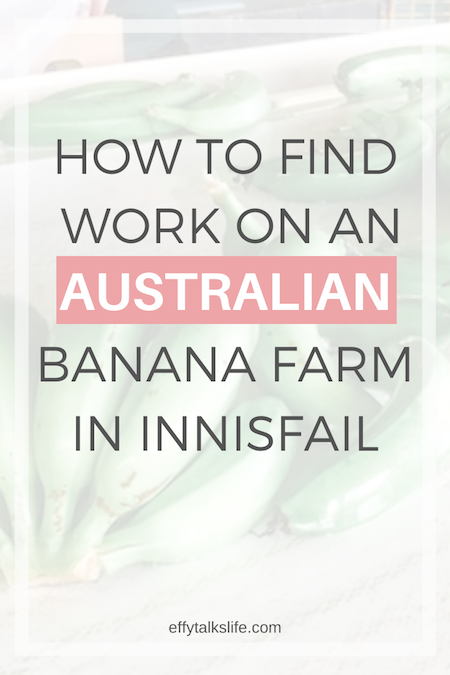