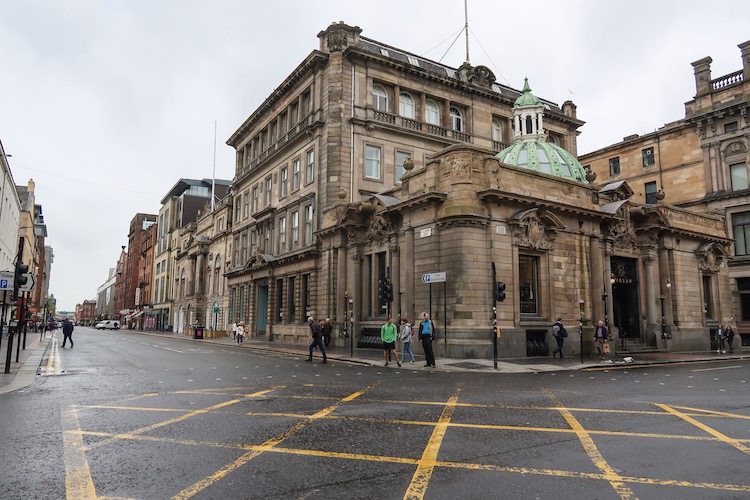 This year I’m spending my first summer in Scotland in over three years.

Knowing this, I made a promise to myself to become more familiar with my own backyard. I began to notice whenever I met someone on my travels who told me they dreamed of going to Scotland I’d always probe But why? You could go ANYWHERE! ANYWHERE I TELL YOUUUUU. Though as time went on I realised truthfully I hadn’t done all that much Scotland adventuring of my own.

Last week my friend from uni was down visiting me in Glasgow. After a day filled with drinking in the sun and catching up on two years worth of life updates (mostly me staring lovingly into her eyes), we woke up the next day to Glasgow in it’s true form. If you’re familiar with Scottish weather you’ll know this means it was pouring down with rain.

Still, undeterred and determined to make the most out of our last few hours together we searched for something to do and it was then we stumbled across the Invisible Cities website. Within minutes we’d booked our tickets and three hours later we found ourselves on a Glasgow walking tour with a difference. As we weaved around the streets of Glasgow, hoods firmly tugged over our heads, we clung to every last word, every experience Daniel recounted to us. You see, Daniel wasn’t just your average tour guide.

For 13 years Daniel had been homeless. 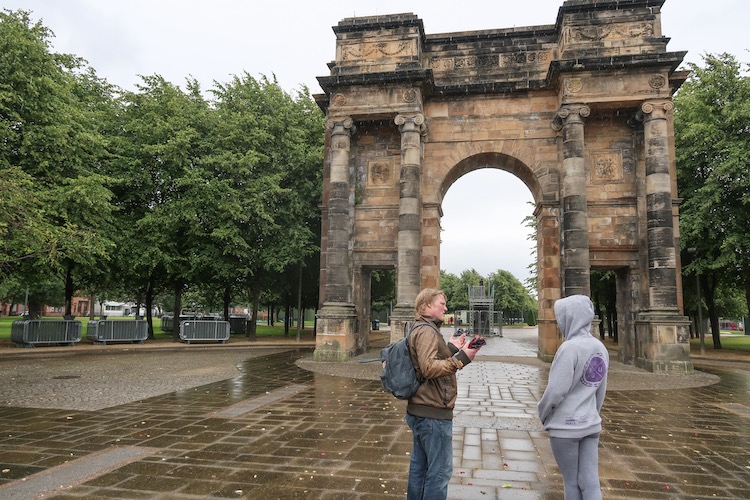 As I listened to Karen throwing out suggestions for how to fill our day there was one that immediately resonated with both of us. A walking tour of Glasgow with Invisible Cities – a social enterprise that employs people who have previously experienced homelessness.

More than just giving tours Invisible Cities aims to break the stigma around homelessness and give those who have been socially disadvantaged the opportunity to develop their employability skills. At only £10 a ticket we couldn’t believe what good value the experience seemed and booked on to ‘Crime and Punishment in the Merchant City’ not really knowing what to expect. 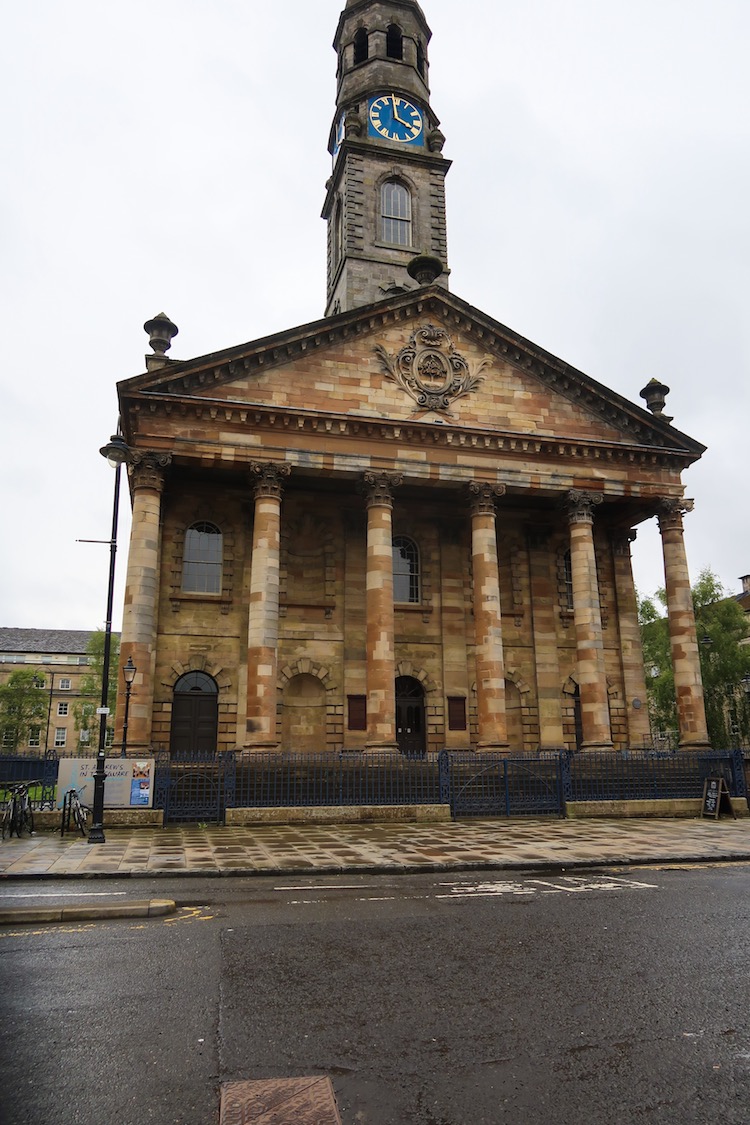 What is a social enterprise?

As a social enterprise, all the profits made from the tours are reinvested back into the organisation. That means the money you spend on an Invisible Cities walking tour contributes to training guides and organising events to support the wider homeless communities in each of the cities. Events can be anything from free haircuts to providing a ‘pamper day’ for homeless women.

What do I need to bring on a Glasgow walking tour?

What’s included in the tour?

On our way to the meeting point I asked Karen, do you think it’s okay to ask him anything? Is it rude if I ask about his life? I’d never had a chance to speak to someone who had been homeless before where there wasn’t a clear difference in power dynamic and I wanted to do the right thing. As it turned out Daniel was incredibly open to questions. He answered everything from how he ended up on the streets to what encouraged him to finally get clean.

Booking on to the ‘Crimes and Punishment in the Merchant City’ Glasgow walking tour you can expect to be shown around some key landmarks in the city’s history from old courtrooms to what were once hanging towers. In addition to giving a walking tour around their city, the guides also take their guests to spots that were part of their own history during difficult times.

As Daniel is the only guide for Invisible Cities walking tours in Glasgow he takes a great deal of pride in regularly researching current news to keep his trips updated and provide a memorable experience. We later learned despite the fact it had been pouring with rain he had arrived 45 minutes early to wait for us. He explained he was really grateful for the job and wanted to show his commitment. 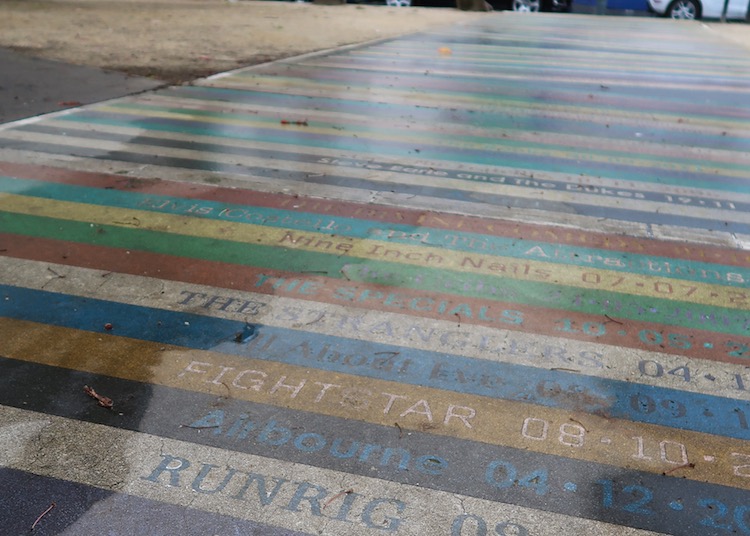 Myths and misconceptions about homelessness

Homelessness is more than just being on the streets

Despite being homeless for thirteen years Daniel had only slept rough for a year. We learned that for many homeless people they bounce between hostels and huddling up on friend’s sofas. While you may be thinking well this doesn’t sound too bad, it’s a roof over your head the sad truth is those in these situations are completely reliant on others. At any time a relationship could break down, and again they would be on the streets.

Not all homeless people don’t WANT to be unemployed

At one point in the tour, we stopped opposite at what was once the Big Issue office. Daniel recounted how his time selling the magazine had changed his life. He began to build up a base of regulars and for the first time in his life, he’d felt noticed. Often they wouldn’t buy magazines but would stop for a chat or buy a coffee. I got the impression that to him this was far more valuable than money. Especially considering that even if he sold all his magazines the amount it cost him to get there and buy magazine stock would only leave him with a couple of pounds profit for a full day of work.

Often those with the least to give, give the most

Recounting one of his fondest memories Daniel shares how he made a friend who would always buy him breakfast or a coffee from the local shop. On one particular occasion, Daniel had done well selling his magazines and accumulating tips and wanted to be the one buying coffee instead. His friend refused telling him to keep the money for himself. The next day Daniel got to the shop early and prepaid so his friend couldn’t refuse the offer.

He didn’t do it for clout or recognition. He did it because he wanted to return the favour and pay it forward. You hear so many stories of homeless people carrying out good deeds and the surprise is often weighted on the fact that they have nothing to give but do it anyway. I disagree. Daniel had everything to give, he was kind, intelligent and also hilarious. The sad part was very few people gave him the time of day to share it. He fell on some hard times and managed to claw his way back to the top and for that, I have the utmost respect. 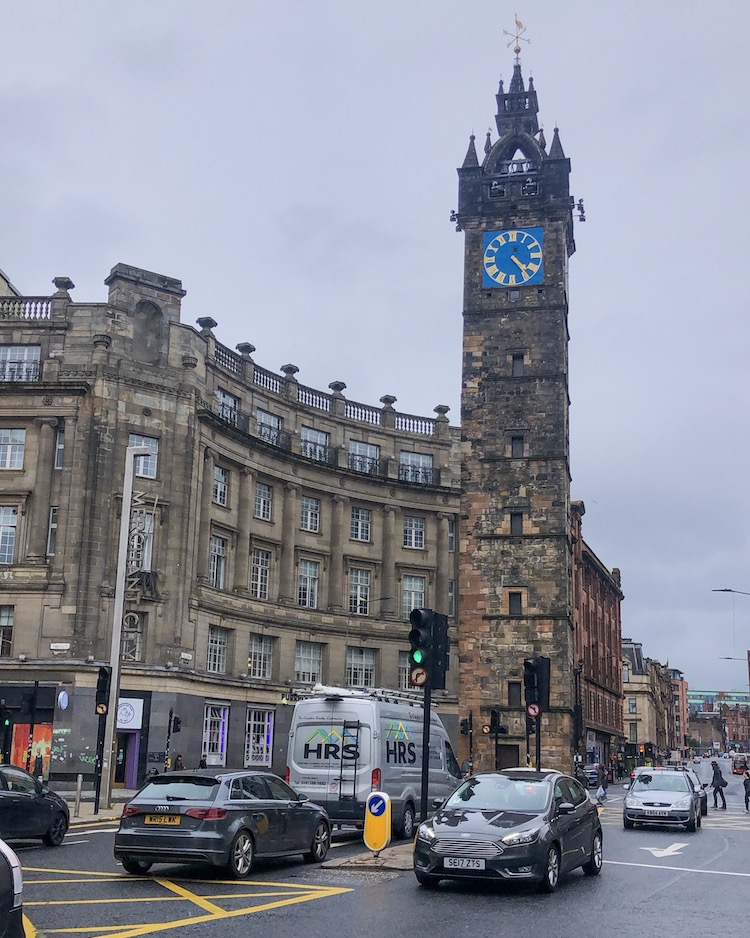 What can we learn from Daniel?

We often see travel as being synonymous with ‘far away’. Arguably as a travel blogger, I’ve fed into that ideology. When people tell me they wish they could do what I’ve been doing in part I feel bad because it was never my intention to make people feel envious. I just wanted to show what was possible. That despite having a less than ideal set of cards you can still make something of your life and pursue things that set your soul on fire. Whatever they may be.

In some ways, I think that’s why I found myself empathising Daniel so deeply.

When I became orphaned at 14 I knew my life had the potential to go down a very dark path. Statistics of care leavers going to university were pitiful (at best). I often questioned if something went wrong who would I turn to? Fortunately, I was blessed with a support network that meant I got to live out my dreams. When Daniel was kicked out of his home he wasn’t so lucky.

What happened to him wasn’t his fault. He didn’t ask to be homeless. But he made the best of his situation, worked hard and turned his life around.

Hearing his stories of being spat at and pushed around broke my heart. Now more than ever there’s an increased awareness of homelessness and situations that can lead to it, but there will always be people who never understand. People who see homeless people as an easy target or a waste of resources. The truth is it could happen to anyone. 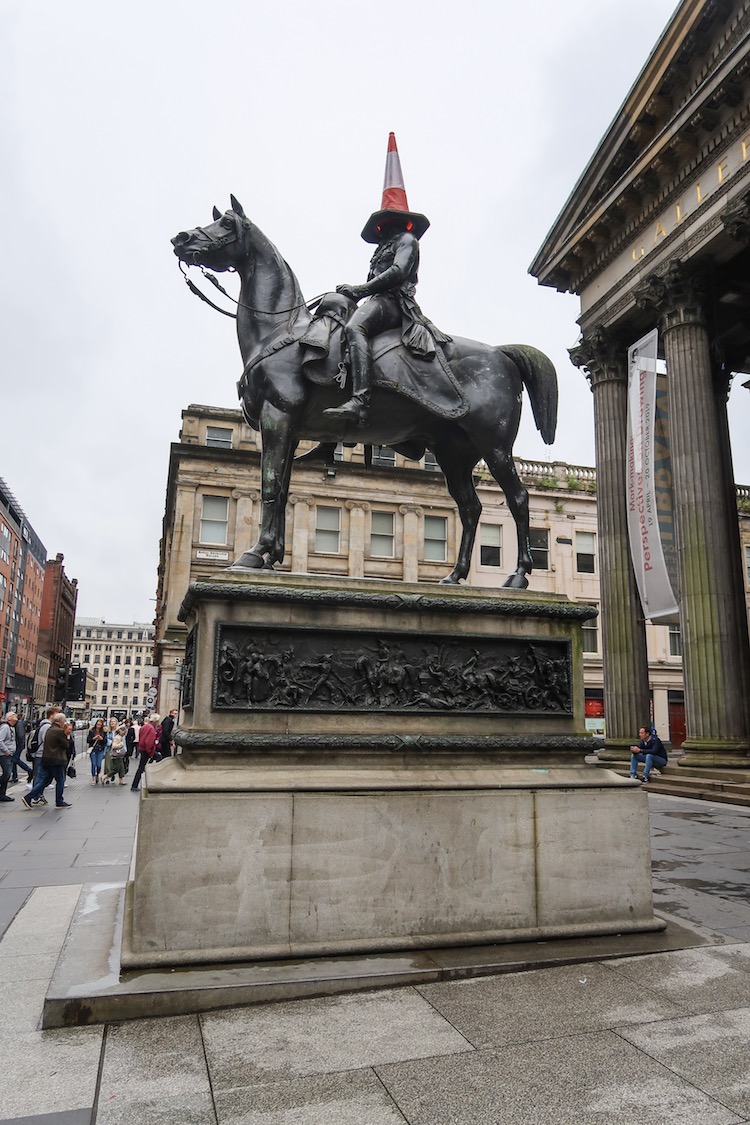 How can I book an Invisible Cities Walking Tour?

When Daniel disappeared off to catch his bus Karen and I were left to reflect on the past two hours. But in the days that followed, I couldn’t shake the nagging feeling of I wish I could do more. So naturally, I encouraged anyone who’d listen to book a tour for themselves. At £10 the tour is an absolute STEAL.

Not only did I leave with a new appreciation for my city but with admiration and respect for someone I feel privileged to have spent two hours with.

Invisible Cities currently run tours in Glasgow, Edinburgh, Manchester and York. At the moment, in Glasgow, there’s only the ‘Crimes and Punishment in the Merchant City’ tour, but other cities have everything from tales of powerful women in Scottish history to tours of famous landmarks. Though each of the tours different a common thread is the lived experience of the tour guides. Having all been affected by homelessness they add their unique flair by inviting us in to learn their stories.

You can learn more about the Glasgow walking tours and tours in other cities on the Invisible Cities website.

What about you? Do you explore your home town? Have you ever done a Glasgow walking tour?