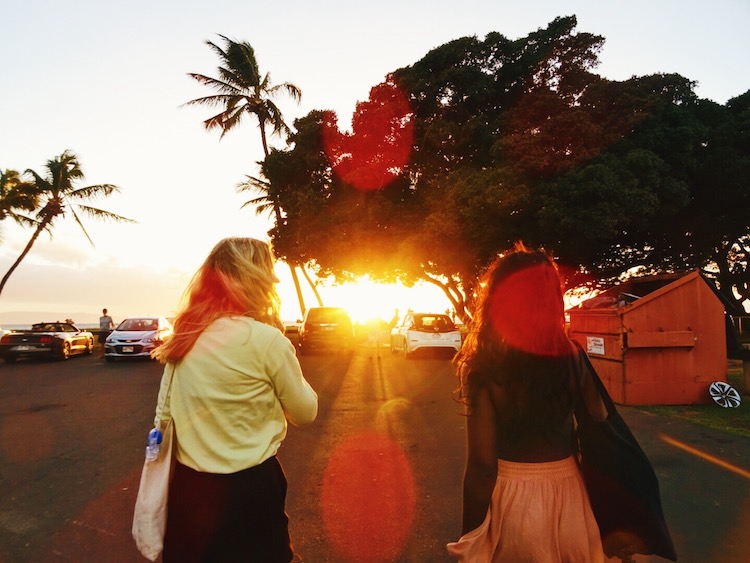 You hear a lot about hostel horror stories as a solo traveller. Whether in films or through the grapevine passed on from backpacker to backpacker. Someone with an acoustic guitar preaching to anyone who’ll listen will say Did you hear about that one time…?

Despite hearing those stories you somewhat naively think maybe I’m one of the lucky ones. Something like that has never happened to me. Oh, how wrong I was… Seven months on from my worst hostel experience I look back and laugh, but I also look back and think of all the lessons that came from being unwillingly thrust into my worst hostel experience.

How do hostels work?

Before I get ahead of myself let me set the scene and first explain how hostels work. Unlike hotel living hostels are shared accommodation usually with anywhere from 2-20(!) bunk beds set up in a communal room. Though off the bat admittedly this already sounds like hell, I’ve had some of the best experiences of my life in hostels. From meeting wonderful souls to experiencing trips I could only dream of. Not to mention that hostels are like totes my favourite way of making the budget stretch for future adventures.

But you get the picture. Sharing a room with a bunch of strangers is a bit of a gamble whereby each bed is a lottery ticket that holds the key to potential friendships and also extreme lack of sleep. You just never know.

Anyway, around October time last year, I drunkenly messaged one of my friends saying how much I missed her and we needed to hang out soon. She replied telling me she was going to Hawaii for New Year’s Eve and that I should come. A heady combination of FOMO and alcohol ensured that hours later the flights were booked. 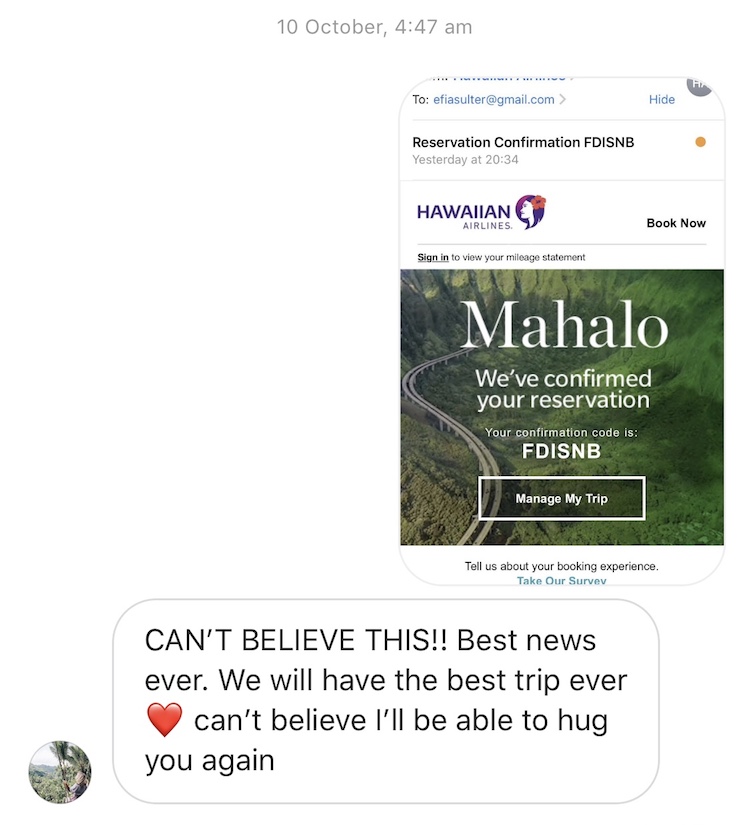 New Years came around and I made my way to Maui for a week of blissful relaxation, intention setting for the year and watching my white friends tan. We’d initially been booked into a six bed girls dorm but a couple of email exchanges later and I managed to get a free upgrade so the three of us would be sharing a four bed dorm. This meant one lottery ticket. One wild card.

The first five days we were lucky with a girl we barely saw and Aimee from Canada who was an angel. But in the two days that followed, well that’s where things started to get weird. We were prepping for the night ahead when in walks our newest roomie let’s just call her Lisa. I guess you could say she was older than your typical hostel goer being in her early 40s but we weren’t judging. Not yet.

She introduced herself to us and we had the standard chat Why are you visiting? Where are you from? It was at this point we learned she’d recently quit her job working on a cruise ship and had been sleeping on the beach for the past few days. Beach camping sounds pretty dreamy and we said that if her job wasn’t making her happy then she’d made the right choice. No, not camping on the beach, I just have this sheet and I lie under it. With all her bags..? We were confused.

Later that day my friend Jenny revealed she’d walked in on Lisa having a nap and she’d been snoring so loudly that she thought none of us would be able to sleep. So that night as we went to sleep and she still hadn’t returned to the room we rejoiced. We thought we’d got lucky and so I drifted away into a blissful slumber until I was woken around 1 am to my friend Kajsa whispering Effy, Effy can you see that? I think the police are here.

Sure enough, as I sleepily rolled over and squinted at the window I could see the blue and red lights illuminating our room were coming from a police car. Moments later there was talking outside followed by our door opening and the hostel manager bringing our roommate, who had been the one escorted by the police, back into our room.

Kajsa and I looked across the room at each other and though we said nothing both of us were screaming WTF?? As if things couldn’t get any worse Lisa, who slept on the bunk above me proceeded to fall asleep instantly. As our bed began to screech and shake she rolled and snored with an intensity I did not think was even humanly possible. But who needs sleep anyway? 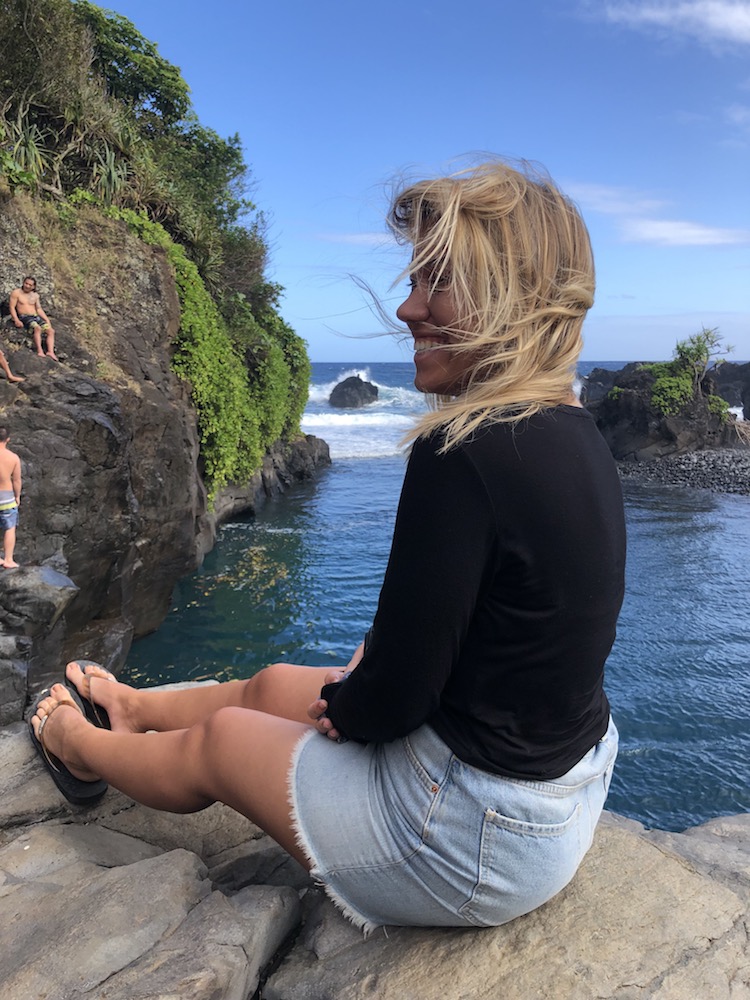 The next day we confronted her about her late night excursion with faux calm. Sooo remember when you got brought back into the room last night by the police what was that about? HAHAHAHAHAHA. Are you okay? Are you gonna stab us while we sleep or any convictions we should be aware of?  Unabashed she told us she couldn’t remember a thing, she hated people and that was the last we heard on the topic.

Moving swiftly on Lisa began to tell us about her life in her home state and encouraged us to guess how old she was. When Kajsa correctly guessed 40 (although thinking she’d aimed younger) the mood in the room instantly changed. Make the most of being young. I was like you once. She slurred before walking out of the room.

I came back from a shower to find Lisa’s things haphazardly sprawled over my suitcase and out of pure paranoia at this point we locked our belongings in the rental car. With weird feelings mounting we questioned –  how much did we really know about this woman? There was a lot that she had told us that didn’t add up. Was anything she said true?

We were leaving early the next morning so decided to be sensible and call it a night pretty early in an attempt to get some sleep before Lisa came back to the room. Climbing into bed we all savoured the silence while mentally preparing for another night of unrest. As predicted an hour later Lisa drunkenly climbed on to her bunk and proceeded to snore with reckless abandon. Jenny and Kajsa had had enough and left the room to go socialise in the outdoor area. Now it was just me and Lisa and I’ll be honest I was really irritated.

Even with my noise cancelling headphones I could feel the bed vibrate as she tossed and turned. At one point I even asked her if she could possibly move a bit less but to no avail. Now at this point, she began to groan and I felt extremely uncomfortable so went to find Jenny and Kajsa and beg them to come back to the room. They refused so I turned on my heel and marched back to the room. I was fully prepared to suck it up for just one more night. 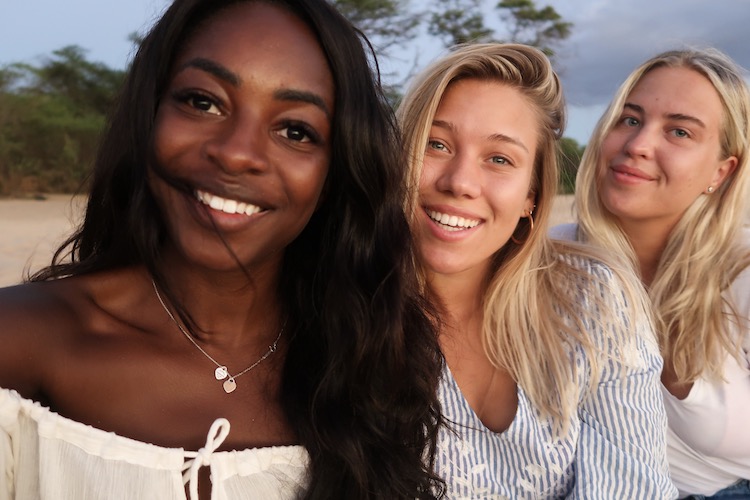 As I opened the door I was met with a sight that has since been burned into my memory. I ran out of the room and back to the girls who were seated outside. We’re not… they began. No, no! I said my eyes darting wildly not wanting to say anything to the other now bemused hostel guests. For lack of words at this point, I just grabbed Kajsa by the arm and dragged her back to the room. Look in there. You have to look and tell me you don’t see what I can see.

By this point, she was laughing because she had no idea what was going on but opened the door and looked inside to Lisa’s bunk before hurriedly retreating back out of our room. She looked back at me and then collapsed on the floor laughing and I knew my mind hadn’t deceived me. Lisa had somehow undressed and soiled herself and was now laying spread-eagled, bare ass to the door shit smeared everywhere for us all to see. We went back to get Jenny and explained what had happened, it was at this point we were finally done.

To protect Lisa’s dignity we told no one else and just said that we didn’t want to sleep in our room anymore. Using the light of our phone torches we packed our suitcases and got out of there as quickly as we could. There was no manager, no reception staff or anyone to tell about the situation so we confided in one of the hostel tour guides. Now, I have to give credit where it’s due and he went above and beyond to try and rectify the situation.

Dealing with the aftermath

There were no spare rooms left at the hostel so he’d offered that the three of us could take his bed in the staff room and he’d take the couch. But not wanting to put anyone out we ended up sleeping in the hostel lounge area on the sofa beds. Come morning we explained what happened to the manager and she didn’t even offer so much as an apology.

When I asked for a refund she just shrugged and said it wasn’t her fault. Again this is the same woman who’d brought her back into our room that first night after she was escorted back by the police with no explanation to any of us. She did offer us a discount should we choose to visit again. Of course, after that experience why would we?

So what did this experience teach me?

I wish I’d have been more assertive with the manager and demanded a refund. Sure it wasn’t her fault but did she seriously expect us to stay in the room after that? We’d paid for our own beds, not to be in the communal living space where people started pouring in to get their breakfast at 7 am. Even after seeing her escorted back by the police we’d felt uncomfortable but had said nothing.

From the moment she stepped in the room something just seemed off. I’m not sure whether she was on drugs or had a drinking problem, but she had definitely not been sober at any point during the time we’d known her. I don’t believe in making snap judgements about people you don’t know, but when you can sense something isn’t right listen to that feeling.

The tour guide instantly went in to damage control mode even though he wasn’t on shift. His selflessness warmed my heart and his quick reactions stopped the situation from spiralling into something even bigger.

Walking back into the room to collect our things all we could do was suppress the laughs. It was a fucked up situation, but laughing got us through it. Making light of a situation more times than not makes it more bearable and if anything only strengthened our friendships.

I know some people reading this will now be so horrified that they’d never stay in a hostel but honestly that wasn’t my intention with this post. I’ve since stayed in many hostels around the world and haven’t been put off in the slightest. Just because it happened to me doesn’t mean it will happen to you. And if it does well… hold your nose and get the hell out of there.

Ps if you want to hear all about what happened in Maui from past me the day after it happened – head to the Hawaii highlight on my Instagram Stories.

What about you? Would you stay in a hostel? Do you have any hostel horror stories? 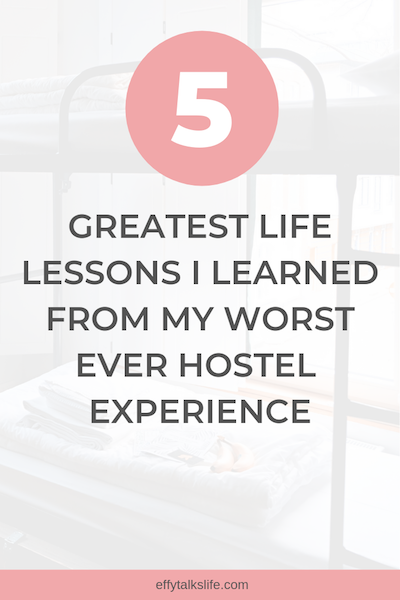